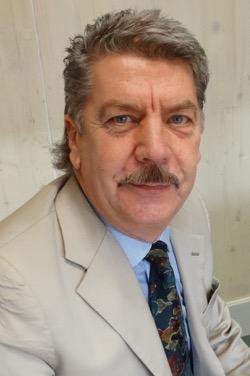 Communicators have a key role explaining the benefits science brings to agriculture, guild members were told.

A good flow of information was vital in both directions between laboratory and farm, said NIAB commercial technical director Bill Clark.

Mr Clark was the guest speaker at the guild AGM, kindly hosted by the National Institute of Agricultural Botany at NIAB Park Farm, Histon, Cambridge, on Friday, 13 March.

The mission was simple, he told listeners. “It is about independent science-based research. Independence might seem a trivial word but it is a rare attribute these days.

“Other people do translational research but it is our main emphasis. It is all about communication – doing work and having an impact on the industry.”

People tended to illustrate knowledge transfer in a linear fashion – that knowledge flowed from the laboratory to the farm – but Mr Clark said it didn't happen that way.

“It's much more convoluted and complicated than that and works in both directions.”

Researchers and academics in some institutes often struggled when asked to explain the impact of their work on agriculture in understandable terms, said Mr Clark.

“The idea that a plant scientist can somehow have a direct impact on a farmer is ludicrous,” said Mr Clark, who said the pipeline of knowledge was sophisticated.

“I have heard people suggest that it would be easy to teach researchers to talk to farmers. But it doesn't happen like that.”

The reason NIAB succeeded was that it had experts working at farm level as well as in the laboratory, which meant it was able to communicate direct with farmers.

NIAB will hold its annual Cambridge Open Day at Park Farm on 23 June.

Free and open to everyone, the day will highlight the challenges faced by the arable sector – and the solutions already on farm or in the pipeline.

Topics to be addressed will include pesticide resistance, yield plateau, loss of triazoles, new disease races, changes in EU legislation and climate change.