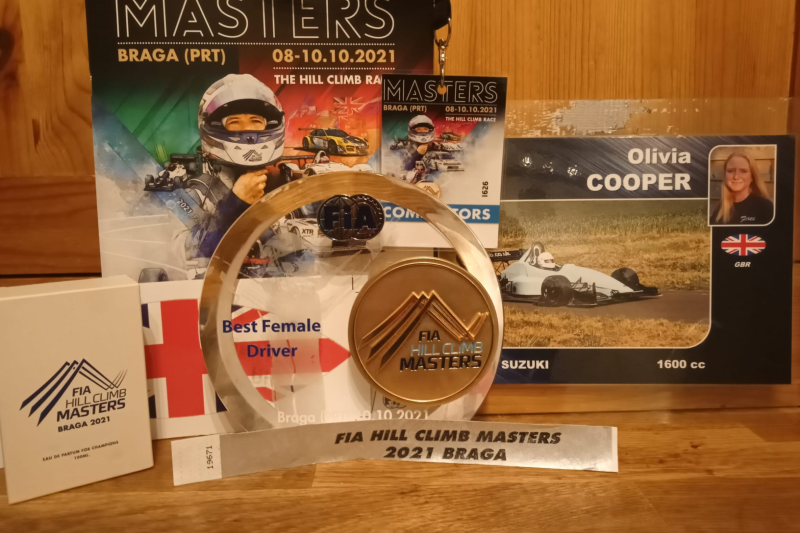 It’s not often one gets the opportunity to represent Team GB, so given the choice between the Guild Harvest Festival or a European showdown, unsurprisingly the former won out!

That said, I was really looking forward to heading up the only physical Guild Harvest Festival of my chairmanship, so I genuinely did think of you all while I was out in Portugal – and as penance I promised to write a report about how it went.

As some of you may know, my ‘thing’ outside of writing is motor racing. I’ve competed since I was 19 with varying levels of success, and this year I qualified to join Team GB in the FIA European Masters championship in Braga, Portugal. 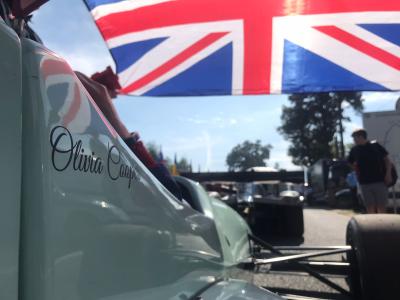 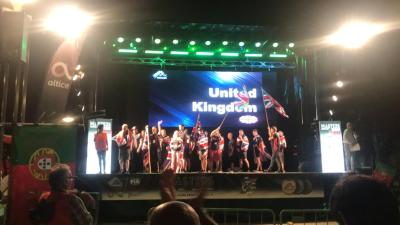 Our team comprised 17 drivers – all part of the British Hillclimb Championship - and complete with an enthusiastic entourage of helpers, mechanics and flag wavers, we made up quite a crowd. Joined by my husband and 16-year old twins, we started our journey at Plymouth docks – at which point it nearly all ended. The Government’s travel advice turned out to be wrong – while single vaccines are recognised for children in the UK, apparently they’re not recognised in Spain, and we were informed that we couldn’t travel.

Cue frantic last-minute lateral flow testing in Plymouth, a reroute to Portsmouth, ferry to Caen and a 1000-mile 19-hour drive (towing the racing car in the trailer) down through France, Spain and Portugal. We reached our destination at 3am on Friday morning, rather weary. 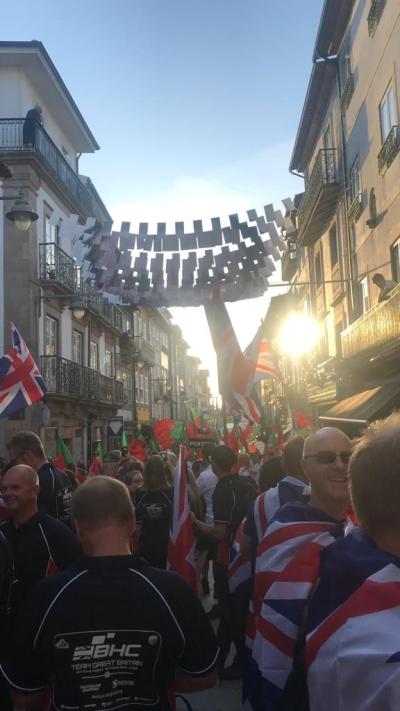 Scrutineering on Friday was all very official, complete with weighing the car and driver (no peeking!), and then there was an immense parade of all 158 drivers and their entourages from 19 different countries through the beautiful city of Braga. The atmosphere was electric, with lots of music, flags, a big stage and official presentation of all of the teams. Finally… time for a cold beer and supper on the square before practice on Saturday.

Competing on the Continent is completely different to the UK – here our hills are private single track tarmac roads, very narrow, and the runs are all over within 30-40 seconds. In Braga, we were competing on a 3km stretch of the 5.2km Rampa da Falperra – a wide public road winding up a mountain, which took a lot of learning – thank goodness for YouTube videos!

A cautious first practice run gave me the confidence that the car wasn’t going to overheat or run out of petrol, and the successive two practice runs got progressively quicker. Come Sunday, the crowds and atmosphere really ramped up another notch: 100,000 spectators lined the track – many of them camped on the hill for the weekend, complete with barbeques and plenty of beers; what a festival feeling…

My first two timed runs were very comparable, and a frank critique of my on-board video by former British Hillclimb Champion Alex Summers gave me the kick to go another two seconds quicker on my final run of the day to 1.18.8; what a buzz!

Like the rest of the weekend, the Portuguese went all-out for the awards presentation: a huge stage on the steps of the beautiful mountain-top church looking out towards Porto and the sea. As the sun went down, I took the podium as ladies’ champion, as my friends also stepped up for gold, silver and bronze positions in their various categories, cheered on by an immense and raucous crowd.

Packing up in the dark it all seemed a bit surreal, but looking back at the photos, videos, and Whatsapp messages it really was something so special to be part of. What a privilege. And what memories to treasure with family and friends.

So I’m sorry I wasn’t with you in London, but perhaps you now understand why, and judging by the photos it looked like you all had a pretty good time without me!

If you want to find a bit more about the FIA Hillclimb Masters then the livestream is here and the onboard video of my best run is here. Or for something really exciting take a look at Alex Summers’ run here – what a drive!