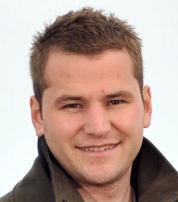 The award supports the winners’ participation in an International Federation of Agricultural Journalists (IFAJ) congress and in an intensive journalistic boot camp-style workshop.

The award consists of a €1000 contribution towards this year’s boot camp, which takes place on 12-13 October, prior to the IFAJ congress in New Zealand.

Thanking the Guild for putting him forward for the award, freelance journalist Ben said: “I have been granted a bursary to travel to New Zealand later this year which is absolutely fantastic and a huge honour.”

The boot camp was initiated 10 years ago by IFAJ vice-president Owen Roberts of Canada with close guidance from Alltech president and founder Pearse Lyons.

Since then, almost 90 young journalists have received the chance to strengthen their skills and expand their global network through the programme, said Mr Lyons.

“Sharp wordsmiths are critical to the ongoing transformation within the agriculture and food sectors and beyond, and Alltech is proud to promote these young leaders in their journalistic pursuits.”

Successful candidates were selected on the basis of a written submission, their leadership potential and their proven leadership abilities.

“It is good news and reflects well on the qualities and character of the British Guild that we’ve been successful yet again in securing a Young Leader place for one of our members.

“This is a year of celebration of this award. It has existed thanks to the vision, generosity and constant support of Alltech, particularly its emphasis on youth development.”