Almost 100 people joined us for the Guild’s online AGM on 25 March, which was a tremendous turnout.

The official part of the meeting was dealt with in just half an hour as reports were circulated beforehand alongside two votes: One to elect two new council members and the other to continue the Guild’s membership of the ENAJ post-Brexit.

We were lucky enough to have three nominations for the two council positions, and in a VERY close contest Rhian Price and Tom Hunt were duly elected. Our thanks to Rosie Hopkins for standing and offering her ongoing support. On the ENAJ subject, members were almost unanimous in voting to retain our membership.

Directors voted to donate 5% (£1661) of 2020 subscriptions to the Guild Charitable Trust, for Baroness Boycott to continue as President for a third year, and for Reverend Geoff Dodgson to continue as Chaplain of the BGAJ.

Members then got down to the true attraction: Gin and tonic tasting with Tom Warner of Warner’s Distillery. He gave a thoroughly entertaining talk about the family farm and business, with members able to take part in the whole process thanks to kind sponsorship from Corteva.

Following that, and given the large numbers of new members and potential sponsors in attendance, Council directors gave a brief presentation on everything the Guild has to offer, from awards and travel opportunities to CPD and events.

Members then split off into a variety of breakout rooms, where the festivities continued well into the evening.

If you want to read chair Olivia Cooper’s overview of the year, given at the AGM, see more below

“What a difference a year makes. This time a little over a year ago most of us were looking forward to 12 months of exciting 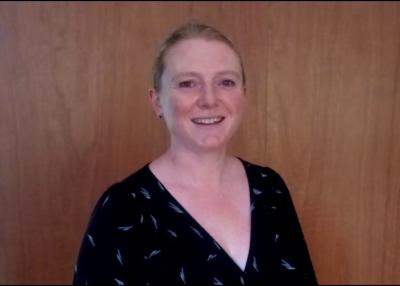 opportunities, events and social get-togethers. Little did we know what was around the corner.

Covid-19 has changed everything – the way we interact, how we communicate, how we view the world around us. It has shrunk our physical boundaries while broadening our virtual ones. Who knew how Zoom meetings would become such a key part of our daily lives?

For those who have lost family or friends, I offer my deepest condolences. Being apart from people in need is so difficult, particularly when we just want to share a hug. But there have been bright points, too. It’s at these darkest times we realise how a community can pull together and raise each other up.

I’ve been genuinely touched by how supportive our members – and the wider agricultural community – have been over the past year. And our Council directors have worked hard to put on a range of virtual events, ensuring that the Guild remains relevant to members in good times and bad. The virtual harvest festival led by our chaplain Geoff Dodgson was as much a highlight of the year as the physical version, and raised £4,775 for our Charitable Trust – if you are facing difficult times, don’t forget that it’s there to help you.

We have enjoyed a wonderful series of virtual training courses, covering a breadth of topics for journalist and PR members alike. The awards programme has continued to recognise excellence across our membership, and the new WhatsApp group has proven particularly popular. We’ve also enjoyed Zoom calls with farmers and journalists from all over the world - and the traditional Burns Night supper was an absolute blast.

Clive Rainbird has kept an eagle eye on the finances, and – as you will see – the Guild remains in strong shape under his steady hand. The Midlands group continues to thrive and has held a number of informal briefings with Farmers Weekly and AHDB, to name but two. And Ben Pike has done a sterling job of keeping you appraised of all the Guild activities through emails and social media – we now have more than 2,200 followers on Twitter and 575 on Facebook.

Our membership remains buoyant at around 450 head, and we have many new members here today – so welcome. Later on we’ll have some short presentations about what the Guild offers, and I do urge you get involved, whether that’s through training, entering awards or simply coming along to events for a bit of networking and fun.

Reviewing the past year, and eyeing further months of likely Covid restrictions, part of me mourns the loss of great aspirations. That said, there is a light at the end of the tunnel, and having surveyed members on their preference for online vs physical events, it’s clear that the way in which we operate will continue to change.

So we will be organising some ‘meet the broadsheet editor’ events via Zoom with the help of our president Baroness Boycott. We are making plans to train up industry commentators in conjunction with Anna Jones at Just Farmers, and once the physical events are back in place we will of course revive the likes of the Cereals bangers n beer reception.

Given the Government plans to come out of Covid, we are expecting to hold a physical Harvest Service and Lunch in London in October, and we are undertaking another public survey on farming views, which will form the basis of editorial in the mainstream press, helping to raise our profile outside of the agricultural industry.

The awards programme will soon be getting under way again, and this year we will be introducing another new PR award while reviving some older photography awards in need of sponsors.

On the subject of sponsors, we have several existing and prospective sponsors here tonight, so please do make them feel welcome. The Guild simply would not be the valuable and vibrant organisation it is without them. So thank you to everyone who has so generously offered support. And if any members know of potential sponsors who would benefit from connecting with the Guild please do get in touch.

I couldn’t submit a report without thanking Peter Hill and Nikki Robertson who keep us all far more organised than we otherwise would be. Today, we are saying thanks and farewell to Paul Lay and Catherine Linch who are standing down as Guild directors, and Louise Impey as a Council adviser. Thank you all so much for your time and dedication – Council roles may be voluntary but they are still very time consuming and I’d like to thank each and every one of you, as well as our incumbent Council members, for your hard work.

Of course, I also look forward to welcoming our two new members on Council – more on that later.

Reflecting on my first – rather unusual - year as chair of the Guild I’ve realized that it’s not about what one chairman can deliver during their time in the hotseat, but what we do collectively to build on previous successes…

And the Guild is in really good shape to do that. Past and current directors have made it what it is today, and our members are enthusiastic and engaged. Together we can look forward to brighter times ahead.”