Accompanied by IFAJ members from countries including Ukraine and Iraq, they were able to tour the machinery lines and crop plots at the show, which took place on farmland near Luleburgaz, in the far west of the country, around 75 miles north west of Istanbul.

This was the eighth staging of the biennial show, which attracts around 45,000 visitors and is organised by the DLG, the German body that arranges the biennial Agritechnica farm equipment show in Hanover.

The trip included a dinner overlooking the Sea of Marmara, and an opportunity to spend a day visiting Hattat, one of the country’s key tractor and component manufacturers.

In addition to making parts for its own tractors, the company supplies a number of well-known names in the farm equipment industry.

“I was surprised by how similar arable agriculture in the north of Turkey appears to our own here in the UK,” says Martin.

“It’s easy to forget how big the country is, and hence how much its climate varies from top to bottom. While conditions are much drier in the far south, in the north the wheat crops we saw while travelling looked very much like those in the UK and northern Europe.

“The country’s annual wheat production is around 20m tonnes, and 8-9t/ha wheat yields are not uncommon in the north. In addition to some country-specific varieties, crop protection products and fertiliser products, we saw many familiar names.

“By the end of the trip it was obvious why Turkey is, after the EU27 is grouped and takes the number one global position, one of the ten largest wheat producers in the world.

“It was also clear how, while some of the tractors and field equipment used are relatively simple, the adoption of new technologies such as drones and auto-steering is quickly gathering pace.” 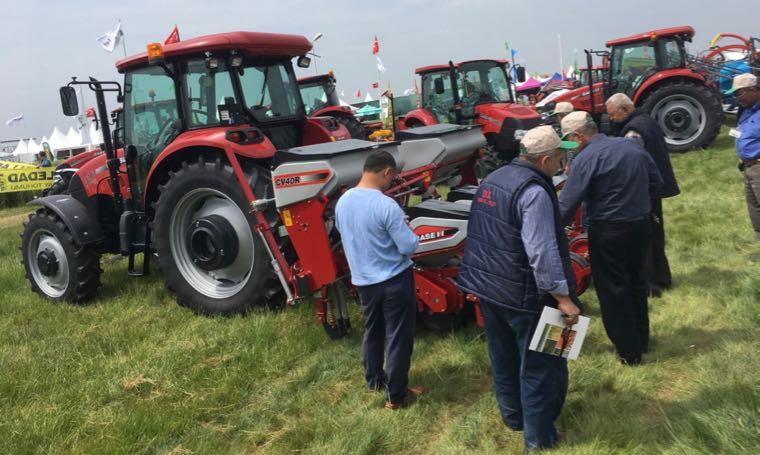