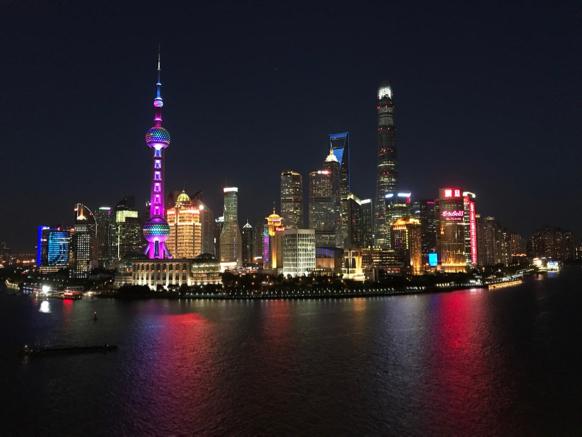 Every food-exporting nation on earth wants a slice of China – and it’s no surprise, writes Jez Fredenburgh, winner of the 2017 Perkins Global Innovation Scholarship.

Guild Member Jez – who is deputy business editor at Farmers Weekly – spent three weeks in China finding thanks to winning the scholarship.

The Chinese market offers UK farmers, producers and food manufacturers tremendous opportunities, she writes, although it can be hard to break into.

China is the world’s largest consumer market for food and drink and is forecast to be the world’s biggest food importer next year.

Travelling round the country’s mega-cities and speaking to people old and young, rich and poor, it’s clear that Chinese people have a strong and rich food history and culture.

But it is also apparent that as the country becomes more open and connected and its people more wealthy, educated and well-travelled, their food and drink tastes are changing.

With a flourishing e-commerce industry, this is happening at a rapid pace and is opening up opportunities for less traditional foods, such as dairy products, beer, wheat and potatoes - all of which the UK excels at.

Meanwhile, its ever-swelling population of 1.4bn people, wants to eat more meat – and the Chinese ‘nose to tail’ approach means low value products in the UK, such as pig’s trotters and chicken’s feet, are high value there.

In addition, concerns about food safety and the overuse of agro-chemicals in domestically-produced food, means that many middle class consumers look to imported food as a guarantee of quality.

All of this presents opportunity for UK producers.

But China is a hard nut to crack - it is a highly complex and varied set of markets, not one big homogenous one.

Doing business there not only requires super-human patience to navigate the regulations, but a long-term commitment to develop business relationships - or ‘guanxi’.

The Pudong area of Shanghai (pictured above) was rice paddies 20 years ago.

Now middle and upper class consumers can be seen eating English cream teas on hotel roof tops, following the success of British cultural exports Downton Abbey and Bake Off. Demand for cream has increased as a result.

At the SIAL trade show in Shanghai, there was fierce competition in terms of cheese. 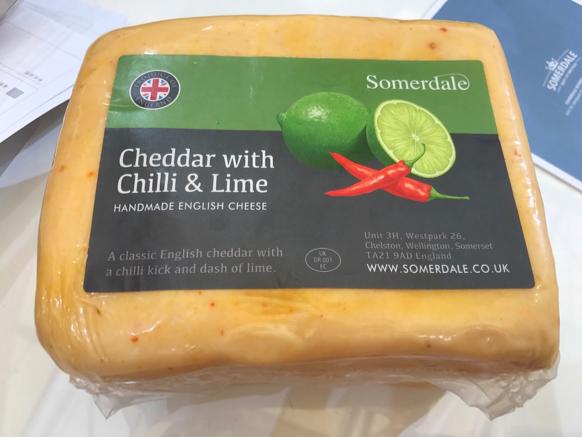 This lime and chilli cheddar, from Somerdale and Barbers in Somerset, has been developed especially for the Chinese market and is used in a growing number of burger chains around China.

Chinese people are curious about trying new things and tend to start with milder cheeses like brie and cheddar and work up to stilton. 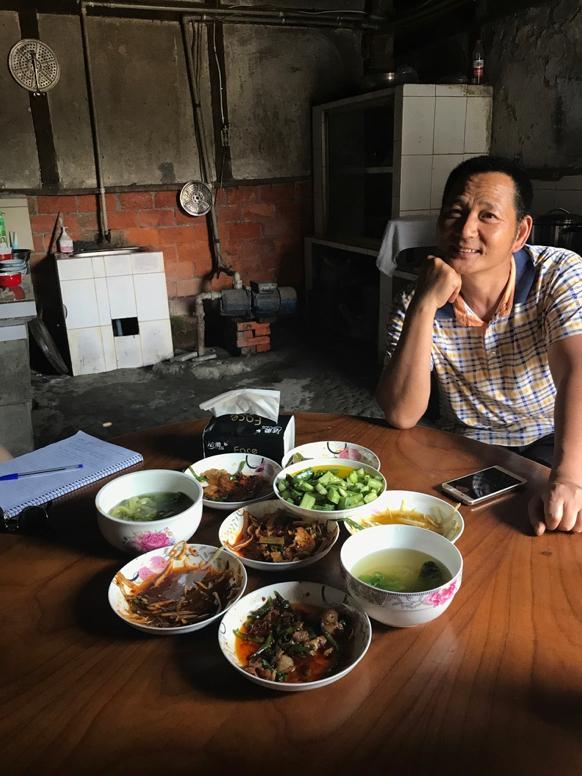 Organic vegetable and pig farmer, Mr Li, is tapping into growing demand for ‘clean’, environmentally friendly food by delivering vegetable and meat boxes to the city.

A surprise lunch cooked by Mr Li’s wife highlighted three things: Even if you have very little in China, good quality, fresh food is paramount; hospitality to strangers is unquestioning; and the nose-to-tail approach to meat means nothing is wasted.

Following a serious food scandal involving milk, many middle-class Chinese consumers now buy imported UHT milk. There is huge demand for food that is considered safe in China - something which British farmers can capitalise on. 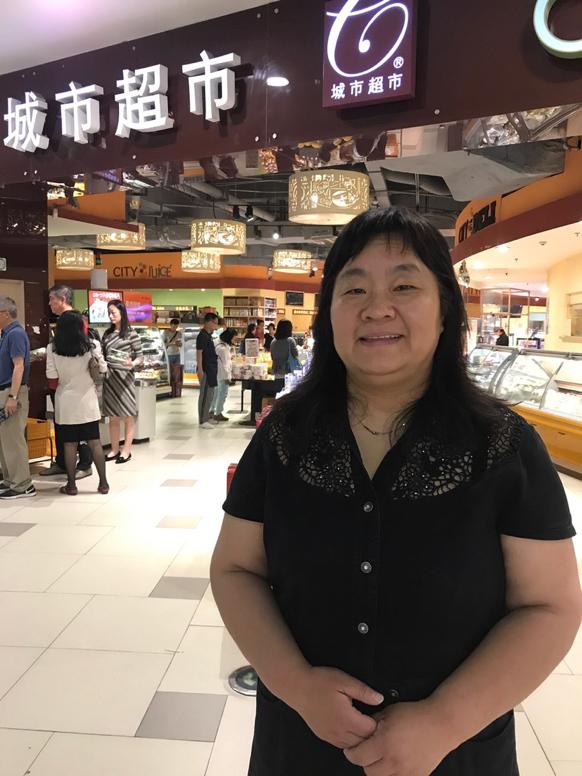 Scarlet, a buyer at high-end supermarket City Shop in Shanghai, said Chinese people love British culture and they like to buy into it through food. British companies and farmers should get out to China to understand the market better and make contacts, she said.

Spending time with local people in Chengdu highlighted the importance of knowing your market and not making assumptions. Many older people prefer to buy all food from ther local market. They say imported food is a waste of money and not fresh. 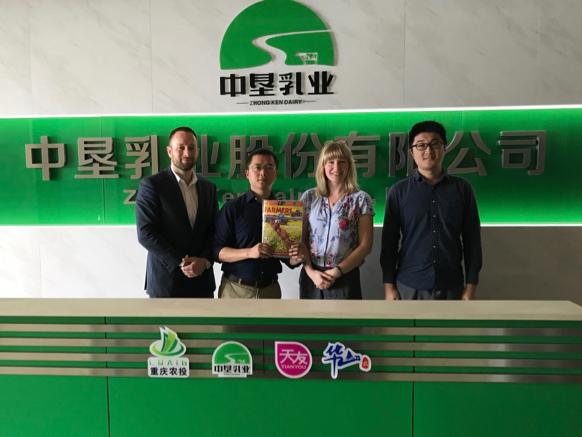 China has many large state-owned farming companies. I met Zhongken, a new company owned by China’s large dairy company, which is developing an e-commerce platform to meet the growing demand of Chongqing’s population.

The city has 33m people in its administrative area.

Chinese people hate waste and really like texture in their food - hence the taste for fifth quarter products, such as chicken’s feet, pigs’ ears/ noses/ tails. 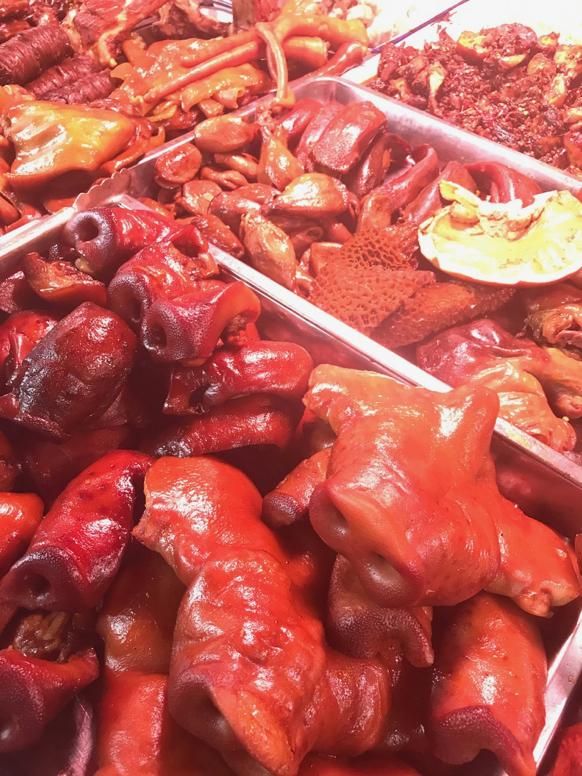 Sending fifth quarter pig products is helping add £7-8 to every UK pig carcass, according to AHDB, so it a very worthwhile way of balancing things out and ensuring more value goes back to farmers.