Guild member journalists writing for Farmers Weekly swept the board in the Guild’s Yara Agricultural Journalism Awards for 2013, winning each of the three categories.

As usual, the entries were judged by practising farmers and industry specialists invited by Guild member Rosie Carne of Yara UK, as well as the previous years’ winners in each category. 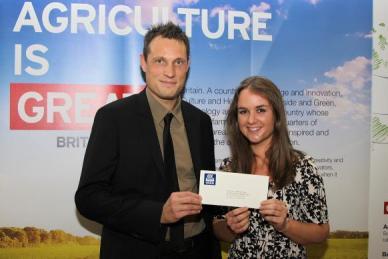 First to collect her prize from Yara UK managing director Benoit Lamaison at the annual Harvest Lunch, was former staff member now freelance, Aly Balsom, whose article advising prudent use of animal antibiotics caught the judges’ eye: Aly has written an article which dealt with an extremely serious issue, present on every farm, which also has the potential to have a big impact on profitability, they said.

“It was well written by a journalist who clearly had a good understanding of the subject, included excellent and appropriate use of farm detail, a comparison with organic and conventional approaches and excellent use of fact boxes, which meant the message was very clear with good and useful take-home action points.

“Any farmer reading the article, should make more profit if they used some or all of the advice,” added the judges, Steven Gill of Latham Farms, Newark; Helen Mattieu, president of the British Grassland Society who works for Guild award sponsor British Seed Houses; and last year’s winner Emma Penny, editor of Farmers Guardian.

Runner up was Rhian Price, whose article on Johne's disease eradication, also published in Farmers Weekly, was “full of advice and facts, and well written with a natural flow,” said the judges. 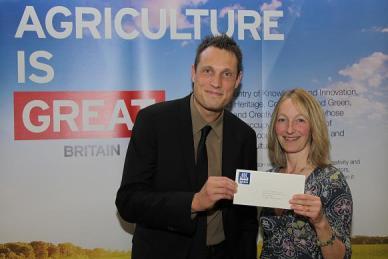 An excellent set of entries for the Arable category posed quite a task for the judges – James Walgate of Lincolnshire arable farming business A I Walgate & Son; Richard Quinn, head of Co-Operative Farms; and last year’s winner, freelance Peter Hill.

They highlighted runner-up articles from arable freelance Andrew Blake, who successfully tackled the impact of pesticides withdrawals driven by EU legislation in Arable Farming magazine and a report in Crops magazine by James Andrews modern band-sprayer applications in wide-row crops.

But they felt the winning entry had the edge: Sarah Henly’s Farmers Weekly article that questioned the value of specific weight as a reliable measure of grain quality, and its impact on producer grain prices.

One judge said: “This piece is very informative; it challenges long established grain measurement protocols and offers alternative methods. It also offers some simple practical advice that farmers can take to review their own position and protect themselves as much as possible.” Another noted: “The article explores an important issue in some detail and draws on numerous sources to cover different aspects of the arguments.”

As a piece that resulted in calls for more research funding in this area, the judges considered it an excellent example of the agricultural journalists’ art.

For the Yara Environment category award, Gary Naylor of Worth Farms, Holbeach (a Friend of the Guild through his freelance photography activities); Prof Brian Chambers, Head of Soils & Nutrients at ADAS; and last year winner Olivia Midgley of Farmers Guardian, chose an article by Milly Wastie for the runner-up spot.

Milly is a regional officer for RABI and chairman of the National Federation of Young Farmers’ Clubs; her article on the YFC’s campaign to reduce road accidents among young people in rural communities was a well-written and balanced first-hand account of losing a friend in such an accident. 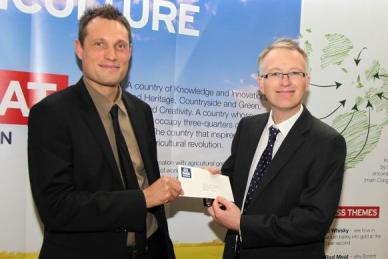 However, it was an article on the same theme that gave Farmers Weekly Farmlife editor, Tim Relf, the win. His touching and well balanced piece was written with compassion and emotional detail as it described the impact on farming parents of the loss of their teenage daughter in a car accident.

“It was a well-crafted story which will no doubt tug on the heartstrings of anyone who reads it and which leaves the reader with an important, lasting message provided through practical tips and advice,” said the judges.