The most prestigious award made by the British Guild of Agricultural Journalists was presented jointly to two stalwarts of the industry – Andrew Arbuckle, rural editor on The Scotsman; and David Cousins, machinery editor of Farmers Weekly. 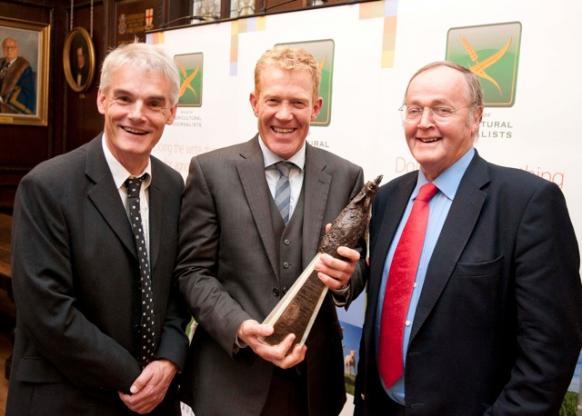 Andrew Arbuckle has written as a freelance journalist for all the Scottish quality dailies during his long career, as well as agricultural titles throughout the UK.

He is equally at home writing highly technical articles and interviews with the agricultural industry’s leaders as he is talking to grass roots farmers while covering small rural shows.

Andrew’s nomination noted: “One of his great skills is in the writing of opinion pieces, where he mixes his keen sense of humour with a courageous analysis of the industry and the personalities involved.”

David Cousins is regarded as one of farming’s sharpest and most respected scribes, writing concise, authoritative and often witty articles on agricultural machinery and its use.

His nomination also highlights “his high standards and a commitment to honest, no nonsense, entertaining journalism – indeed, everything he writes is entertaining”.

During his 30-year career – all of it spent on Farmers Weekly – David has worked mainly on the machinery desk but has also worked as Features Editor and has shown flexibility and journalistic talent through an extensive and diverse body of work, turning his hand to leader writing, news reporting, video making and blogging.