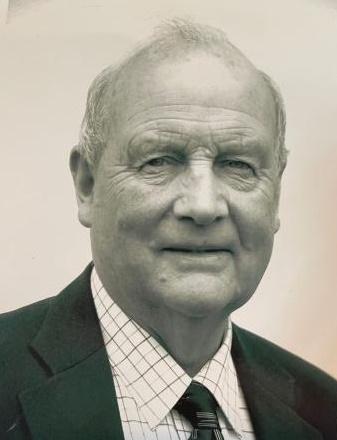 At the Guild’s 2021 Harvest Service at St Bride’s Church, the contribution to the Guild of Honorary Member David Kelsey, who died last year, was recalled.

As a Kent farmer, David attended an early harvest service at the invitation of then Guild secretary Don Gomery, and afterwards offered to supply a selection of fruit, vegetables and other harvest produce to decorate the church for subsequent services.

That generous contribution continued for many years, with David and his wife Maureen regularly attending the service and lunch before handing over the reins to son Bill, who with equal generosity, still arrives at the Fleet Street church well before the service begins to set up an attractive harvest display supplied by Kelsey’s Farm Shop at Woollett Hall Farm near Sidcup.

Maureen recalls: “David, his mother, brother and sister moved to Woollett Hill from the adjoining College Farm in 1954 following the death of his father, taking on a larger acreage to grow barley, potatoes, leeks and peas, and to rear pigs. We married in 1960 and the farm shop was opened in a converted cow shed five years later in 1965.”

The retail outlet attracted a good following over the years, with their son Bill taking over the business after David and Maureen’s retirement move to Devon. In 2014, a major investment saw the original “small and decrepit” building, as Maureen describes it, demolished and replaced by a modern but suitably rustic structure. 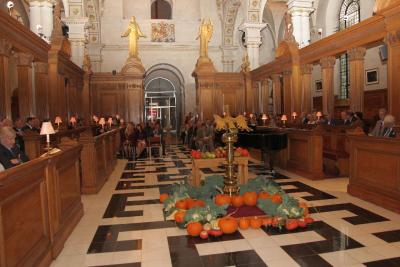 Today, it houses an expanded farm shop selling seasonal produce from Woollett Hall and other local growers, and a deli, restaurant and children’s play barn.

In celebrating David Kelsey’s honorary membership, the Guild acknowledges the Kelsey family’s long-standing association and support that continues to this day. The produce, which makes a fitting centre-piece display for the St Bride's service, is distributed afterwards by the church.