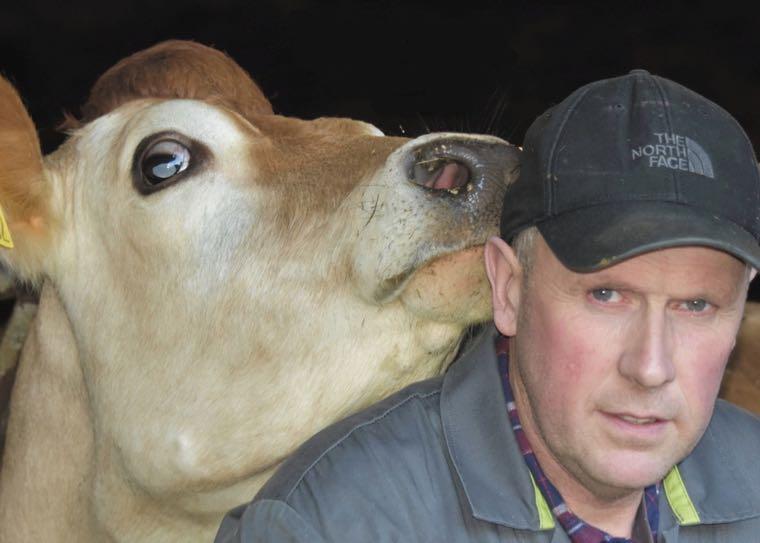 Following her book 300 Farmers of Scotland, which was published in 2016, this publication highlights farmers and crofters who work the land, as well as some farmers from other countries.

"I was lucky enough to travel to Poland, Finland and Switzerland last year, independently and with ENAJ and IFAJ respectively," says Eilidh.

"The descent of the cows from the Swiss Alps around the village of Schupfheim at the end of September was a truly amazing experience."

This book has photographs of 200 farmers – including the striking cover photo shown above – and interviews with 109 Scottish farmers from Shetland to Coldstream and Lairg to Stranraer.

Eilidh started her writing career covering Isle of Skye Shears – a sheep shearing competition she established on the island in 1994.

She then covered all the Scottish competitions, being the first journalist to recognise it as a sport, getting copy in national titles.

Eilidh wrote full time for the New Zealand Farmer for a couple of years covering Southland and South Otago.

She also freelanced for a number of other titles: High Country Herald, Shearing Magazine, Southland Times, and the Otago Southland Farmer.

While in New Zealand, she managed to raise the profile of sheep shearing to national tabloid level, previously only covered in the Shearing Magazine.

The couple run 1200 Blackface sheep across 1000ha. Her publishing company website can be found at farmingscotland.com.