Entries are now open for the 2022 IAgrE Award 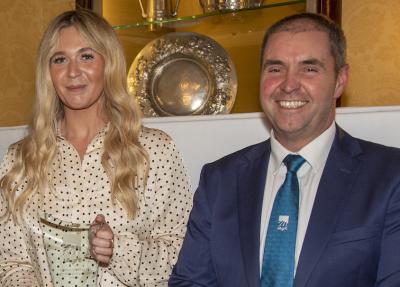 An award which recognises journalism showcasing the role of engineering in farming, food and energy production has opened for entries.

The Guild's IAgrE Award is generously sponsored by the Institution of Agricultural Engineers – the professional body for engineers, scientists, technologists and managers in the land-based sector.

Celebrating GAJ members with a passion for writing about innovation in the agriculture, horticulture, forestry, amenity or rural environment sectors, the award is now in its ninth year and carries a £1,500 prize pot.

IAgrE chief executive Charles Nicklin said: "We believe by supporting the British Guild of Agricultural Journalists Awards we are helping to increase awareness of the Institution and its work promoting professionalism in the development and application of technology in the land-based sector.

"It is also an opportunity to continue to build relationships with journalists and support the agricultural industry."

Entries are limited to one per member reporting on engineering – in all its forms – published between 1 March 2021 and 28 February 2022.

Writing for Crop Production Magazine, Charlotte Cunningham won the 2021 award for a piece detailing a farm diversification project which embraced growing lucerne and on-floor bulk drying of this and other forage crops for the animal feed market using heat from an anaerobic digester and from a ground source pump system.

Runner-up was freelancer Nick Fone for a piece in Farmers Weekly about a farmer trying to engineer a solution to effective undersowing of maize to grass to prevent nitrate leaching after rainfall.

To enter the Guild's 2022 IAgrE Award, email one scanned copy or PDF of a published article to IAgrE communications officer and award administrator Marion King no later than Friday 13 May 2022.

Marion's email address is marion.king@sky.com. Please email Marion for details of how to submit a broadcast award entry.