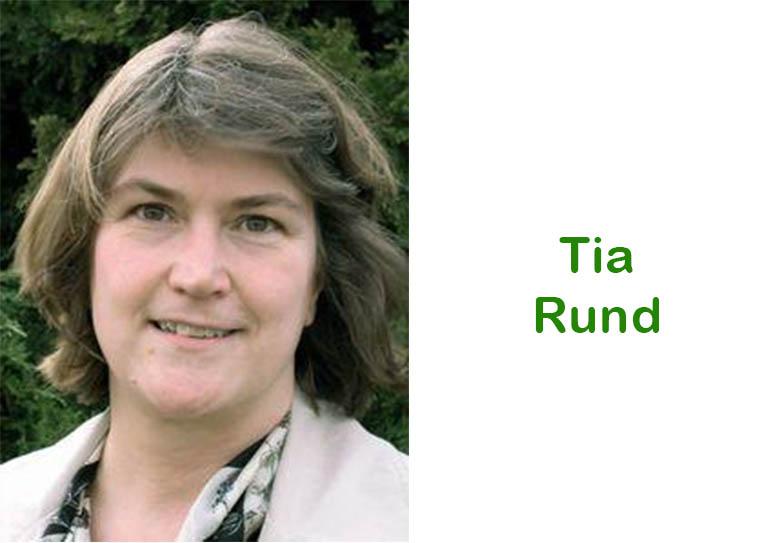 Guild member Tia Rund, a respected staff and freelance journalist, who died at the end of December aged 60, was a past winner of the Guild’s training award for new entrants who forged a successful career covering both arable and livestock topics.

Former colleagues describe her as a diligent journalist with an eye for detail, a skilled sub-editor and a fun and generous companion.

In 1994, she moved into journalism, joining the staff of Arable Farming magazine at the Farming Press offices in Ipswich, and taking advantage in the following year of the Guild’s John Deere-sponsored training award to hone her skills and in doing so take the top prize for an article written during the course.

Former colleague and fellow Guild member Dom Kilburn recalls: “Tia was instrumental in supporting me in my early days as a reporter on Arable Farming in the mid-1990s. She was a highly intelligent and gifted individual.

“When it came to her technical writing she applied attention to detail like no-one else! She had the ability to write across a broad range of subjects with consummate ease; whether it was agronomy, machinery, livestock or countryside issues – she had the full repertoire.”

Despite applying herself diligently to her work, Tia was also up for a bit of fun, says fellow Guild member Rachael Porter, who worked on sister publication Dairy Farmer at the time: “Tia was a dear friend, as well as a brilliant colleague. I have many happy memories of fun times spent with her – both in and outside work.

“She was very kind, thoughtful, generous and funny – and a woman of many, many talents; great company and always surprising.”

“I met Tia when she came to Farming Press in the early 1990s to join the Arable Farming team. I was with Pig Farming and together with the girls on Dairy Farmer – Rachael Porter and Shirley Macmillan – we were good friends and shared many good times.

“Tia’s house at Gazeley was a welcome bolt hole for us with many a weekend enjoyed walking, at the Newmarket Races and then back to hers for great food, good films and just warm good company. Christmas was always cosy in the cottage with lots of unusual edible treats and drinkable delights Tia had found in various delicatessens and foodie haunts.”

Jane and Tia then worked together for about a year at the Communique agency in Bury St Edmunds until they both joined Pharm Publicity.

“At Pharm she resumed work on the Bayer CropScience account as she was very much part of the team and also looked after machinery manufacturer New Holland,” Jane recalls. “She helped us minions occasionally with the Pfizer Animal Health account as well, editing the vet and animal health titles the company published during the early 2000s. She was a stickler for grammar and just the best sub I’ve ever known.”

In 2005, now writing as a journalist once more but in a freelance capacity from her home near Newmarket, Tia operated as Farmers Guardian’s eastern counties regional correspondent and contributing features, one of which won the runner-up prize in the Guild’s animal health and welfare journalism award. Later, she also put her subbing skills to good use tidying contributions to Farmers Guide magazine.

Beyond work, horse riding, volunteering at the local Riding for the Disabled centre, travel and food were among Tia’s passions, says her sister Lynda: “Travel came naturally as a geography graduate, touring South America in her teens, as well as Mexico, Cuba, New Zealand, Namibia and throughout central Europe, and developing a love of Italy and its islands.”

Tia’s knowledge of food led to a love of cooking and sharing delicious treats that often reflected her sense of humour: Jane said: “We were in touch via social media and shared news right up to Christmas 2020 when the usual gifts arrived – quirky pig related objects and the traditional ‘maple bacon chocolate’.”

Dom also remembers her sense of humour: “Tia had a wonderful habit of distributing presents to colleagues on returning from travels, including visits to her sister in Italy. These were usually in the form of Italian chocolate bars with inappropriate names such as 'Plopp', described as a wafer-based treat with smooth milk chocolate in the middle! It was classroom humour but it always made us laugh in the office!”

Jane summarises Tia as “a unique, intriguing character filled with stories, anecdotes and life experiences most of us only dream of; she liked to learn and was one of the most intelligent, knowledge-filled people I have ever met.”