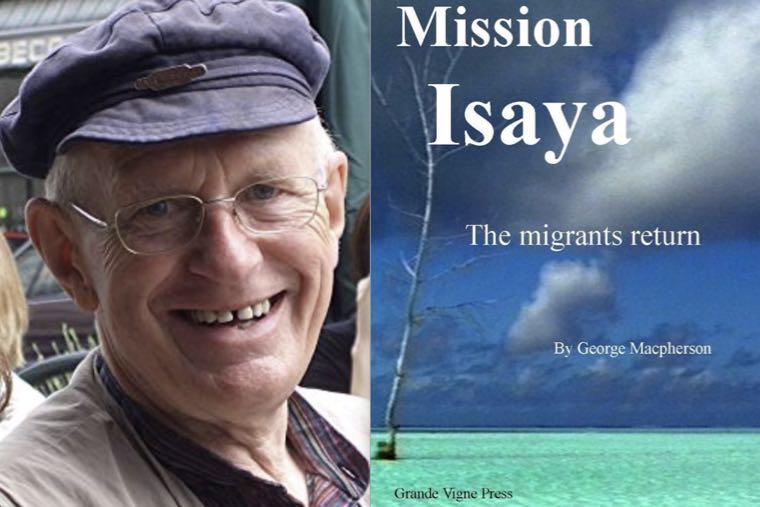 Guild member George Macpherson has written and published his eighth novel – the last in a trilogy that follows the lives of ordinary rural families in Europe and Africa.

Called Mission Isaya – the Migrants Return, the novel looks at the challenges posed to world peace by the mass migration of rural communities.

“You can’t farm while bombs and bullets kill your family and livestock; changes in climate cancel the rain or wash your soil away,” says George.

“That’s when you can only move somewhere else and hope to make a living – and that’s what millions of farming families around the world are being forced to do.”

Thousands of people are already dying in their desperate scramble for safety – as we know from the bodies being washed up around the Mediterranean, George adds.

“Others are massacred by those being ‘invaded’.”

The novel imagines how this challenge might be resolved by world leaders eventually listening to warnings that “something’s got to be done if global chaos is to be avoided”.

Mission Isaya is the sequel to Bagamoyo Spring and Shed – a trilogy that documents the experiences of rural families in Cornwall, the Dordogne, Somalia and Kenya.

He worked for the United Nations' International Labour Organisation in Africa as a technical advisor before joining BBC World Service as a producer and then programme organiser for the Swahili Service.

The couple returned to UK in 2014 and now live in Somerset.

Review copies are available on request.