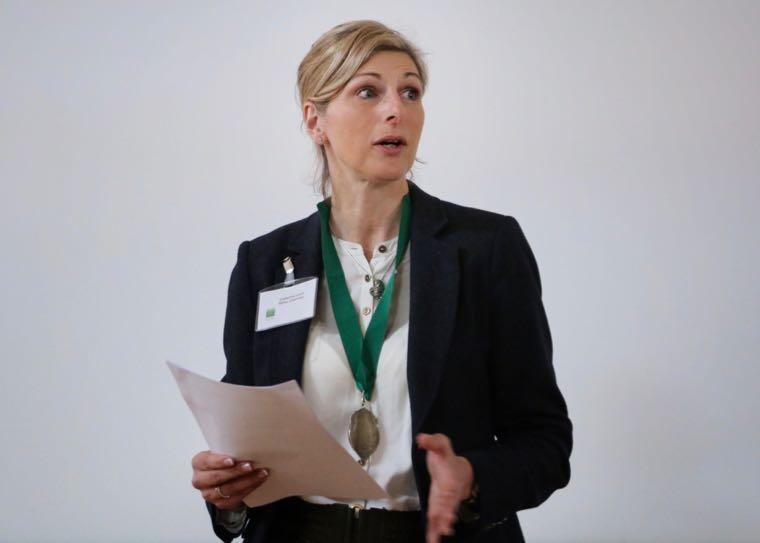 The Guild has seen another successful year, with activities going from strength to strength, members at the 2019 AGM were told.

“I’m delighted to report a strong and vibrant organisation – we are listening and responding to our members,” said Catherine.

“The Guild is now poised to develop its leadership role interfacing between the food and farming supply chain and the general public.

The was organised to coincide with a Digital Day at the same venue – held for members wishing to update their media skills using the latest technology.

With the Agriculture and Horticulture Development Board as sponsors, the guild was increasing its CPD and training programme, explained Catherine.

We’ve also added to the Guild networking opportunities, with the major technical farming events now including an occasion dedicated to bringing Guild members together.

“Five such occasions were held over the past year and we’re looking to build on this, with the NFU expressing interest in hosting a gathering at their 2020 conference.”

These event gatherings were in addition to the Guild’s flagship Harvest Lunch, held each autumn in London following the BGAJ harvest service at St Bridge's Church, Fleet Street.

Highlighting the importance of sponsors to make the event happen, Catherine thanked existing supporters for their generous contributions.

“While we’ve got a strong line-up already, we still need to secure new sponsors for 2020, with venue and pre-dinner drinks sponsor opportunities available,” she said.

The Guild website now has its own dedicated sponsorship page.

In the regions, Guild council member Paul Lay had recently taken up a new role to assist in the coordination and outreach opportunities across the country.

The Midlands group had been incredibly active during the past year, getting engagement from farm industry commentators on the hot topic of Brexit.

The Guild's awards programme had once proved successful, with 11 active journalism awards and a new PR award due to launched in April 2019.

It was also gratifying that the Joe Watson Legacy Fund had provided the opportunity for a Guild member to take up a funded place on the 2019 IFAJ international congress in USA.

The AGM saw the election of two new council members – Olivia Midgley and Ben Pike – who replace Ben Briggs and Mike Abram, who stepped down.

Catherine also paid tribute to Lord Curry of Kirkharle, who stepped down as Guild president after four years in the role.

She said: “We are fortunate as an organisation to have such a dedicated and invested collective of volunteers who give so much time and passion to what we do.”