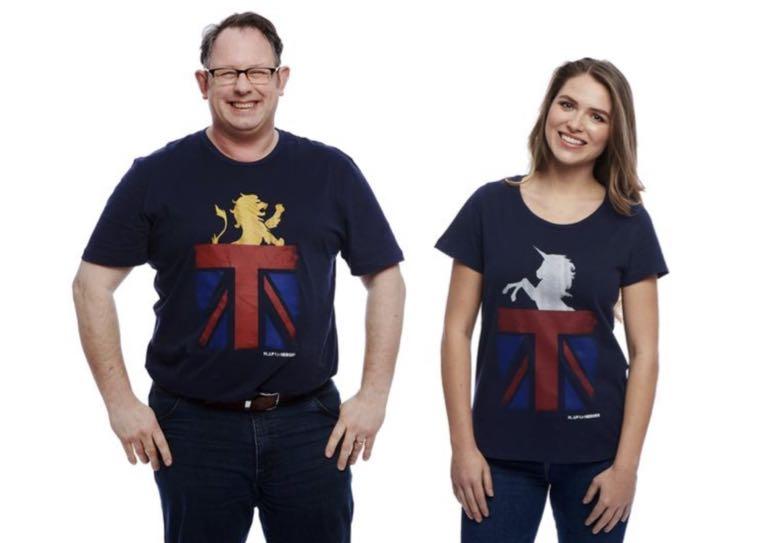 Guild member and forces veteran Ben Skipper (above left) has seen his graphic design work appear on an Armed Forces Day T-Shirt by the Help for Heroes charity.

Former Force Protection NCO Ben, who served in Kosovo and Sierra Leone, experienced a traumatic brain injury during his days in the RAF.

He now works as a designer, writer and photographer, specialising in farming and the countryside, which enables him to manage the condition through self-employment.

Symptoms of Ben's brain injury started to impact on his life and became progressively worse after leaving the Service in 2002.

He sought support from Help for Heroes in 2015.

Through the Band of Brothers fellowship Ben seized an opportunity to get involved with designing a range for the charity's Armed Forces Day Collection.

Joining a creative workshop, he says he was amazed at the talent of the other veterans.

“It's an amazing feeling to see my work used and it has really helped with my confidence,” says Ben, who is based at Newark, Nottinghamshire.

For the full story, visit the Help for Heroes website.

[Photo: Ben models his Proud to Support Lion motif as a T-Shirt design, alongside model Christine who wears an accompanying Unicorn T-Shirt.]