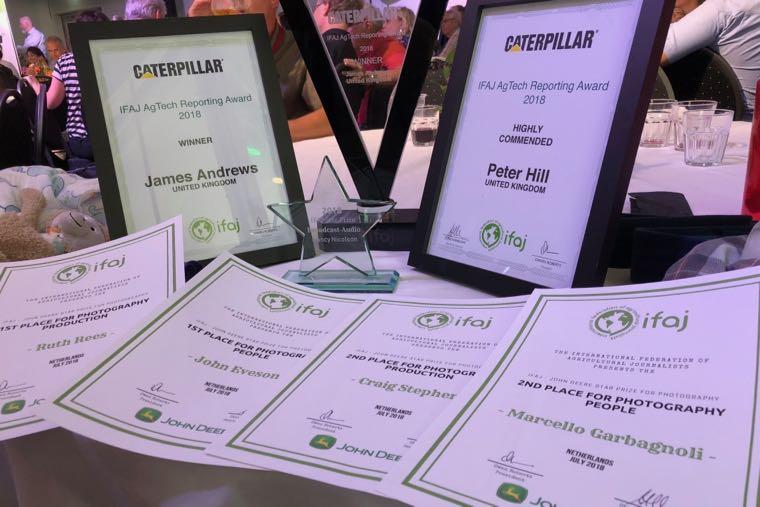 Guild Members enjoyed a hugely successful evening of wins at the International Federation of Agricultural Journalists awards on Wednesday (11 July).

The IFAJ stages a number of writing and photography competitions for members of its affiliated organisations, including the British Guild of Agricultural Journalists.

One entry from each member country competes in a ‘World Championship’ of agricultural journalism.

Guild officers select what they consider to be the most effective entry from among articles that have won one of the Guild awards during the qualifying period.

2. Peter Hill was Highly Commended in the same award

7. Craig Stephen won second place in the same category, for a photograph entered by IFJ Scotland.

Jane Craigie, who represents the Guild on the IFAJ council, said: "I'm thrilled – the Guild should be dead proud of these achievements on this international stage."