A former stalwart of the Guild, retired member Peter Ryder, has died at his home aged 91.

Peter served the Guild for many years on the management Council throughout his career as a journalist, an in-house PR man and while running the Lancer PR agency.

But he and his wife Wendy – who is an honorary member and a trustee of the Guild’s charitable trust – made their biggest and most enduring contribution by organising the Guild’s flagship events and publishing the Yearbook for the Guild.

Former Guild chairman Stephen Howe said: “Our thoughts are with Wendy who has cared lovingly for Peter at their home in Ipswich for a number of years.   “Peter was a Senior Fellow and a great supporter of the Guild for more than 50 years. He was a true professional in all that he did, with a genuine interest in the people involved in every aspect of the UK agricultural industry.

“Together with Wendy, he published the Guild Yearbook for 31 years until 2013, organised the Guild’s annual harvest celebration and lunch and, in earlier years, organised an annual spring lunch as well. He will be sadly missed.”

When the Ryders decided to hand over responsibility for the Yearbook in 2013, Guild chairman at the time, Jane Craigie wrote: “The Guild is so very grateful for all of the time, care and good cheer that you have both put into the Year Book; it has been an invaluable element of membership.

“I would also like to thank you both for the huge amount of work that you have selflessly put into the Guild and the Charitable Trust over the years. You both always have the best intentions of the organisation and its members at heart in all that you do."

A full obituary will be published in due course. In the meantime, anyone with their own tributes or recollections of Peter’s work and Guild activities are welcome to send them to Peter Hill.

David Richardson: Sincere condolences, Wendy. I have happy memories of you both. Together you made a great team. You must miss Peter terribly, as we all will. 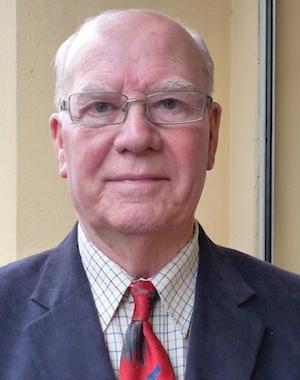