Howard Walsh, Farmers Guardian business and former machinery editor, is this year’s recipient of the Guild’s most prestigious award, The Netherthorpe, which celebrates the achievements of members in making an outstanding and sustained contribution to agricultural communications.

Howard, who confessed to being stunned by the announcement, received the bronze crowing cockerel trophy and commemorative certificate from Her Royal Highness, The Princess Royal, at the annual harvest lunch.

Guild chairman, Adrian Bell emphasised that this is the only award for which members do not enter themselves: it is based solely on nominations made by fellow members. 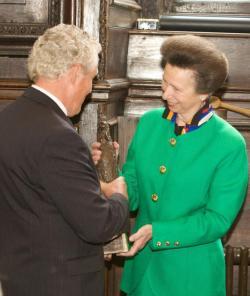 “Once again, the nominees have been of such a high calibre that it has been a difficult decision for the judges,” he said.  All the nominees worked as journalists and have contributed to the dissemination of knowledge and understanding about agriculture in its widest sense.

“However, the 2011 winner has set the standard for professionalism in agricultural journalism, whether writing about technological developments in combine harvesters, reporting on breed champions at county shows, or reading between the lines of business reports.

“His straightforward, accessible style of writing has appealed to readers for over 40 years and has helped to influence and inspire a generation of agricultural journalists,” Adrian added.

One of his many nominees wrote: “His work is informative, precise and accurate in providing the vital link between the happenings and practicalities of modern farming with the need for wider readership to understand its function.”

In response, Howard said: “Your Royal Highness, fellow journalists. I’m stunned! My initial reaction was: You’ve got to be joking; but obviously not.... 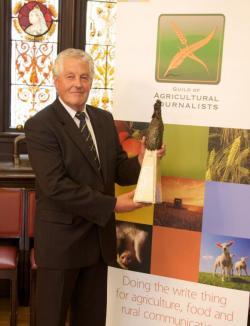 “When I think of the varied and distinguished careers of the recipients of this award in the past I’m stunned that I was even nominated, let alone chosen to receive it. I don’t really consider my contribution to agricultural journalism to be particularly outstanding; possibly only in its duration!

“As you said, my career started with Farmers Guardian just over forty years ago – and will inevitably finish there! Probably the biggest influence on my journalism was the late Stuart Seaton; his style and the standards he set rubbed off on most of the people who worked with him at Farmers Guardianand they served as his legacies.

“What heartens me is the very excellent array of young journalists coming through the profession now on Farmers Guardian and on various other publications; and as Your Royal Highness mentioned earlier, their role is increasingly important in spreading agriculture’s message to a sometimes less than receptive audience.

“Thank you once again; this is amazing.” 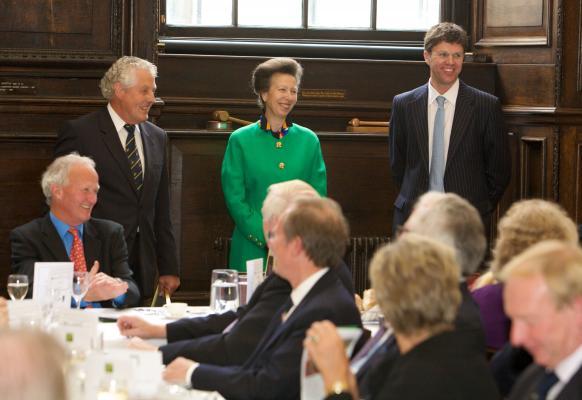