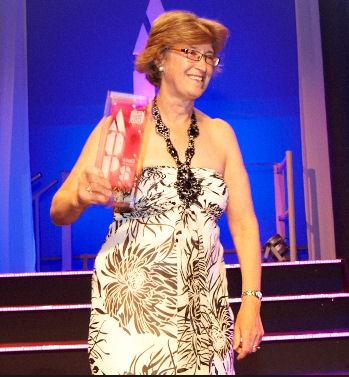 The publication's online presence - FWi - took the prize for best Business to Business wabsite, while the Farmers Apprentice was judged the best cross-media project.

The Farmers Apprentice provided a competitive platform for youngsters wanting to get into farming through Farmers Weekly and a web TV series broadcast via website FWi.

The 10 finalists took part in a farming ‘bootcamp’, being mentored and tested through a number of real-life farm tasks from weighing pigs and mastering the UK's most high-tech GPS tractor to developing a mobile app for farmers and presenting a formal business pitch.

The New Business Features Journalist of the Year category of the PPA New Talent Awards 2013 was won by Guild member Gemma Mackenzie, who submitted three pieces of work based on her time on Farmers Weekly's livestock desk. 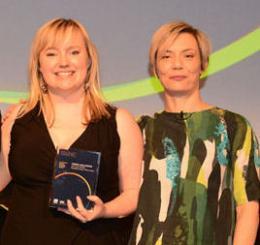 The articles included the opening spread of a campaign she ran for six weeks that aimed to reduce stillborn and early calf deaths, a piece on the profitablity of small dairy farms and a Feature Farms report.

The judges said: "Gemma’s deep understanding of the sector made her really stand out. She tackles real issues affecting the day-to-day practice of her readers, packs her work full of essential facts and data, and throws herself into every bit of the campaigns, resulting in a very strong connection with her readers. An excellent winner."

Gemma (pictured left above) started with Farmers Weekly as a livestock reporter in May 2011 and moved up to the deputy business editor post in August 2012.

"I think my biggest achievement so far was the young stock campaign, which definitely contributed to PPA award success," she says. "I love working at Farmers Weekly; I enjoy interviewing people, chasing good news stories and trying to provide good practical advice to our readers.

"But at the same time I have a passion for farming, having grown up on a dairy farm on the Isle of Lewis," Gemma adds. "Becoming an agricultural journalist seemed like the perfect way to merge those two passions and so far I'd say it was the right choice to make!"

Online versions of the articles that led to Gemma's award can be read here: