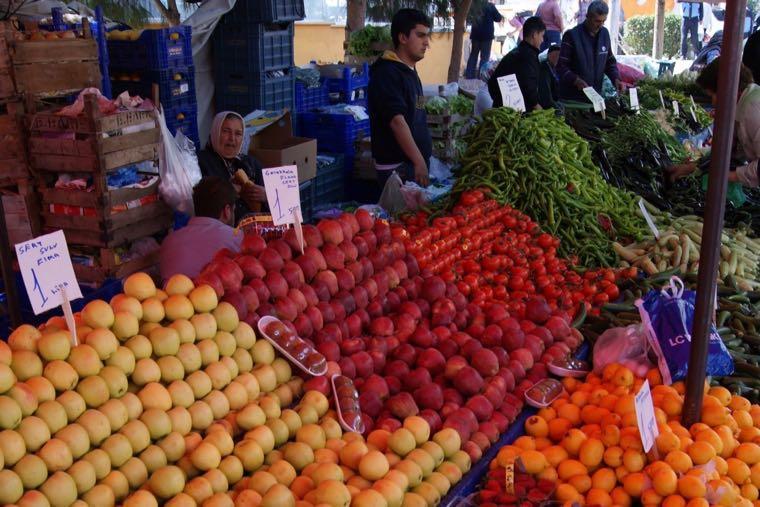 Guild members are invited to apply to attend the Eurasian and Balkan Countries Agricultural Journalists Forum, which takes place in Turkey this November.

The Turkish Guild of Agricultural Journalists (TGAJ) is organising the event – to be held from 4-8 November in Antalya.

The forum is being held in coordination with the International Federation of Agricultural Journalsits.

All expenses (accommodations, meals and transfers) excluding air fares will be covered by the host organisation Growtech – the international greenhouse, agricultural technology and livestock equipment fair, which is also held in November.

Antalya is a leading agricultural province in Turkey, with many greenhouses and vast production of fresh fruits and vegetables.

It is also an important tourist destination, attracting some 14 million travellers annually. Turkey is an important food producing nation, capable of growing and rearing just about anything – meat, dairy, cotton, oils, nuts and fruits.

The programme will comprise three full days and four nights:

Commenting on the trip, Jane Craigie said: “I have spent a lot of time in Turkey as a child and as an adult, my last trip was to a Turkish Guild event in the Izmir region in western Turkey two years ago.

“The agriculture is fascinating, diverse and heavily supported by the Government.

“Turkey is looking to up the ante on its production and its exports, but has challenges to deal with linked to its geopolitical location close to the troubled middle eastern nations and in its quest to join the EU.

“The Turks are incredibly hospitable people and the food is stunning.

“I’d encourage anyone with an interest in the food landscape of Europe, Russia and the middle east, or just a love of travel and learning about agriculture in other parts of the world, to apply.

“You will join journalists and communicators from all over the world, which is something that is very special to experience.”

Email Jane Craigie at jane@janecraigie.com if you are interested in attending. Remember there is one place available, so applying does not automatically mean you will be selected to attend.

Priority will be given to applicants who have not attended an international trip before, but applications are open to every member of the Guild