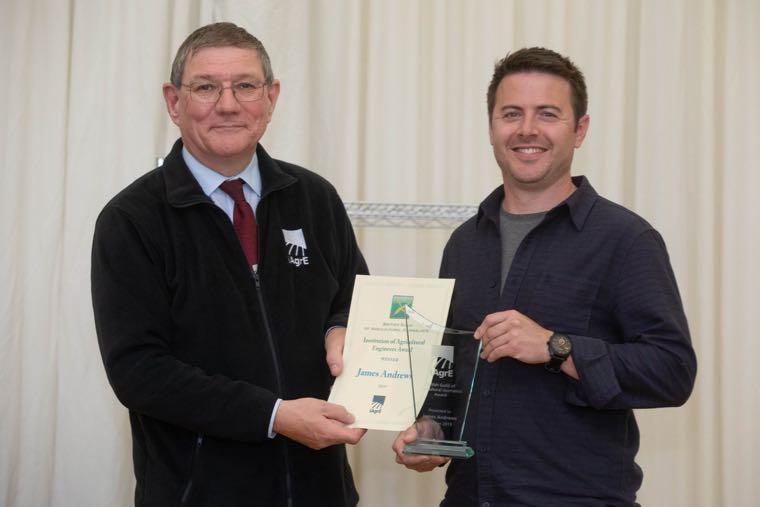 James Andrews (above right) has won the 2019 IAgrE award for the best article or broadcast highlighting the vital role of engineering in modern food and energy production.

The award is kindly sponsored by the Institution of Agricultural Engineers, the professional body for engineers, scientists, technologists and managers in the land-based sector.

Published in Farmers Weekly, his entry – How to secure longer-lasting point and tine metal – was described as a well-written and researched article.

Judges described it as an engaging article about a subject that is relatively dry.

“The piece provides a detailed outline of the technical, economic and agronomic benefits of harder-wearing cultivator and drill parts,” judges said.

“The personal touch of placing the family element of the successful ag engineering business at the heart of the story was enjoyable.”

“A good mix of photos, figures and graphics.  Clear concise text, engaging and a good use of quotes.  Good level of technology explained well.”

Jane Carley was named runner-up, receiving £250 and a commemorative plaque, is for her article Bespoke precision kit with open source that appeared in Arable Farming.

Judges said they felt Jane's entry was “a fantastic article, clear, concise and showing an alternative approach for farmers.”