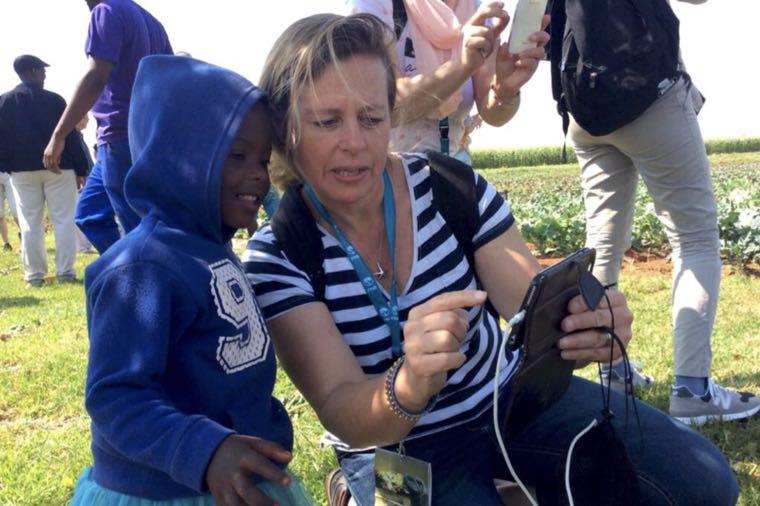 Guild Fellow Jane Craigie is to chair a special committee scoping out plans for the International Federation of Agricultural Journalists.

The IFAJ Executive Committee has created the “Vision 2025” committee to develop a strategic vision and action plan for the IFAJ.

Jane said: “It’s a real privilege being asked to chair this committee – and it shows the high regard with which the British Guild is held within the IFAJ network.”

Alongside Jane, the five-strong committee includes representatives from four other countries.

“All are superb ambassadors for agricultural journalism and communications – as well as for the IFAJ,” said Jane, who is a past BGAJ chairman (2013-2015).

This is IFAJ’s second visioning effort.

In 2013, the federation adopted a “Vision 2020” strategic plan to guide the implementation of activities, in line with the following priorities:

Since then, the IFAJ has become a much more global organisation, with 50 member guilds.

The organisation has extended its networks into new areas of the globe and reached people with new insights and perspectives.

The 2013 committee’s vision and 10-point action plan was reviewed in November at an IFAJ executive committee meeting in Ireland.

It was agreed that the action plan will mostly be fulfilled by the end of 2019, and that a new five-year strategic vision and action plan is now required.

“It creates a roadmap outlining how, in a practical fashion, to move IFAJ forward.

“We’ve revisited the plan, checked in to see where we’re at and how much we have accomplished, and now it’s time to reset our sights on what is important to IFAJ as we look toward to 2025.”

The committee will start its work immediately and present a proposal in July at the 2019 IFAJ Congress in Minneapolis, USA.

Other committee members are as follows:

Pulack Ghatack is an agricultural journalist with the national Daily Observer newspaper in Bangladesh. An ambassador for press freedom, he is founder president of the Bangladesh Journalists and Activists Federation, and was an office holder in the Bangladesh Federal Union of Journalists.

Kurt Lawton is a freelance writer, formerly editor in chief at the Corn+Soybean Digrest, a journalist with DTN/The Progressive Farmer. He is chairman of the American Ag Editors’ Association (US Guild) and co-chairmain of the 2019 IFAJ Congress

Jacqueline Wijbenga is an agricultural journalist for a feed industry magazine, and has worked in the industry for 20 years. She is president of the Dutch Guild and was on the organising committee for the IFAJ 2018 Congress in The Netherlands.