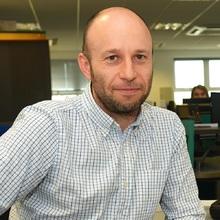 Guild member – and serial photography award winner – Marcello Garbagnoli has stepped up from his role as staff photographer at Farmers Guardian to become picture editor.

The promotion follows the retirement of Theresa Eveson, a fellow member of the Guild, at the end of a 29-year stint on the title.

Theresa said: “﻿I've been lucky to spend the majority of my working life doing a job with so much variety. Starting by practicing the ‘dark arts’ of processing and printing photographs, and then moving to the digital world that set us free from the darkroom.

“I have traversed the UK experiencing the incredible diversity of the farming industry, from high-tech arable farmers of the lowlands to the dog and stick folk of the high country, from agricultural shows to fashion shows, the farming community encompasses so much, not forgetting the many NFYFC AGM weekends that I survived!

“Before flying a desk as picture editor, I did my ‘time’ like most agricultural photographers, rain-soaked, peed on by many a sheepdog and covered in shite – and I loved it! Not least because along the way I’ve met and worked with some fantastic people.”

In the course of her career, Farmers Guardian went from broadsheet to tabloid and then to its present magazine format but a consistent element throughout has been the emphasis placed on eye-catching and informative images. 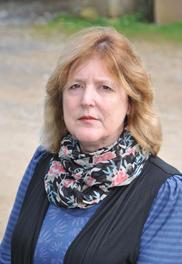 Farmers Guardian editor Ben Briggs said: “Theresa has played a key role in the creation and management of images across FG and sister publications Dairy Farmer and Arable Farming, and has been a major figure in the FG newsroom throughout my time with the publication, and long before that as well.

“A brilliant photographer in her own right, she has applied incredibly high standards to the imagery we use at FG and this is one of the cornerstones of our coverage at the magazine.”

Marcello added: “I had the privilege of working with Theresa for almost 17 years; she helped me immensely with my photographic career, always encouraging me to push my photographic skills, and she always believed in my work.

“With Theresa's eye for detail and her being a staunch advocate of using the best pictures available, I believe she has helped FG to become the ‘go to’ place for livestock and machinery coverage and for features.

“A great boss and a great friend! She will be missed at FG.”

As for taking on the picture editor role, he said: “I am looking forward to the challenge; as well as keeping up the great standard of photography used in our magazine I am hoping to still get out and take pictures myself.

“But we have a great network of freelance photographers who produce high quality work for us, which I think is a very important part of keeping Farmers Guardian looking fresh.”