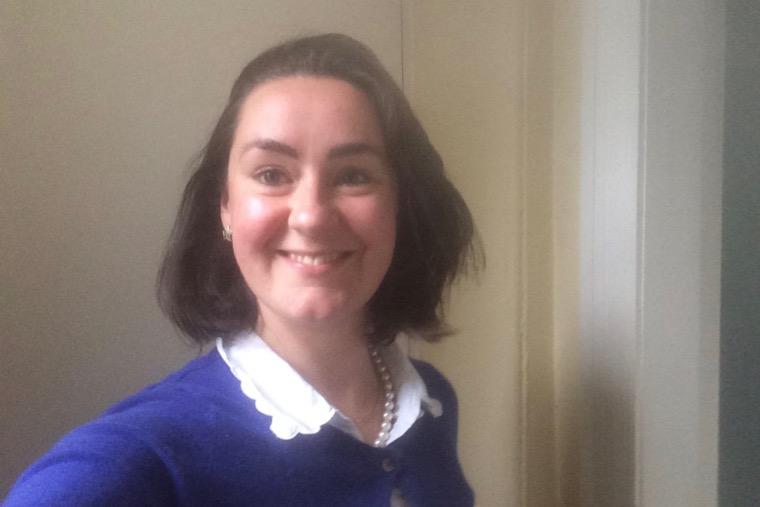 How did you get into agri-journalism and PR?

I worked at NFU Scotland in public affairs, where my role combined with comms. I started freelancing in PR in 2013 and began writing for Farmers Journal in 2017.

What’s your favourite thing about your job?

What gets you through a tough day?

How tidy is your desk?

It varies. I prefer to work at the kitchen table.

Describe your colleagues in three words:

What’s the best fact you’ve ever learnt whilst researching a story?

More oatcakes are sold within the M25 than in Scotland.

What’s the most difficult thing you’ve ever written about?

What’s the most embarrassing thing that’s ever happened to you at work?

Having to crawl under a barrier at a train station with a former NFUS president because we’d got on the wrong train was rather undignified. We could laugh at how ridiculous we looked, however.

What would you do if you weren’t an agri-journalist?

Who knows? I love what I do and don’t currently think about an alternative.

Sarah in a second:

Would you like to work on a farm? Yes, though I’d probably hinder more than help.

What app can’t you live without? Online groceries.

Name a website you can waste an hour on: Wikipedia

What was the last book you read? Heartburn by Nora Ephron.

Where did you last go on holiday? Elie, Fife.

What one thing are you better at than anyone else? Honestly? Nothing!

Want to face our questions? Email caroline@carolinestocks.co.uk for your chance to be featured