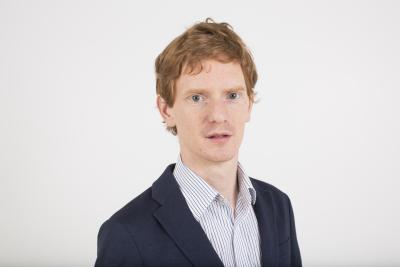 New Guild member Tom Levitt, who lives in Cheshire, is a journalist and editor at the Guardian newspaper, writing about the environment and farming; he also contributes to the farming press.

In addition, Tom runs a project on ethics and fairness in the UK dairy industry for a non-Governmental organisation called the Food Ethics Council, and is a former Nuffield scholar who studied the future of the liquid milk category. He is also a voluntary director for the Oxford Farming Conference.

He says: "I started my journalistic career at Farmers Guardian back in 2004 as a political reporter, which now feels like a very long time ago!"

Describe your job in a sentence.

Tom: “Got lucky with trainee job at publishing company that owned Farmers Guardian.”

Did you always want to be a journalist (and if not, what)?

Tom: “Not really. I have always been curious and open to new things but journalism has (so far) been too interesting to leave.

What or who has been the best influence on your career so far?

Tom: "I’ve been lucky enough to be helped and inspired by some great journalists during my career so far. Alistair Driver (former political editor) and Vickie Rogers at Farmers Guardian were both incredibly helpful in getting me started in my career and Alistair remains a much relied upon sounding board. They imbued a long-standing commitment to always be helpful and nice to younger journalists starting out in their careers."

What’s the best thing about what you do?

Tom: “Learning on the job. Literally.“

What’s the strangest thing you’ve ever written about or done in the name of work?

Tom: “Been stuck in a lift with the then Defra minister David Miliband, asking him about supermarket power over our food system. He wasn't chuffed but is good at being evasive.”

Where’s the most interesting place you’ve visited as part of your job?

What gets you through a tough day?

How untidy is your desk?

Tell us something not many people know about you?

What station is your car radio tuned to? “Spotify.”

Where did you last go on holiday? “San Sebastian.”

All Guild members can be contacted using the Farming Media Centre online member directory; click Directory on the menu above.