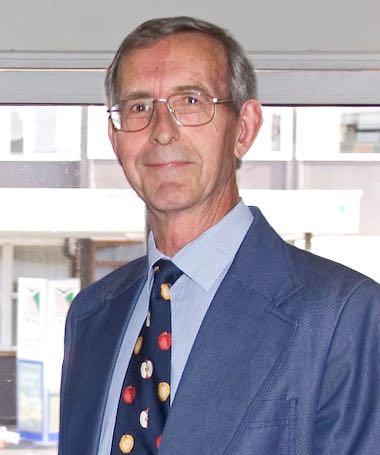 Freelance journalist Brian Lovelidge, who died aged 85 in November, was a retired member of the Guild who specialised in horticulture.

Working from his home in Kent, Brian won the Guild’s former Horticultural Writers award on more than occasion.

He also thoroughly enjoyed the Guild’s annual Harvest Service and Lunch, regularly attending during his career and in retirement with his late wife Jillian.

His daughter Lisa recalls in an obituary that Brian was keen on sports in his youth, a highlight being his success throwing the discus.

He won the Kent schools’ intermediate and senior discus events in 1951 and 1952, breaking the record in both, the former by nearly 20ft.

While at school, Brian developed an interest in farming. Remarkably for us today, this was apparently the third most popular career choice for students at Maidstone Grammar School – and he gained a place at Wye College, London University’s agricultural faculty.

During his pre-college year (1952), he worked on a fruit, pig and arable farm near Mereworth in Kent and subsequently graduated from Wye with a BSc (Agric) in 1956.

Two years’ national service interrupted any career plans but provided more sports opportunities – he was a member of his regiment’s shooting, squash, rugby and athletic teams.

After serving his country, Brian took up agricultural journalism immediately afterwards, spending the first four years or so alongside his mentor, Edgar Phillips, a well-respected freelancer.

In March 1963, he branched out on his own as the next stage of a more than 50-year career writing regularly for most of the national agricultural and horticultural journals.

He also wrote for the main national daily and weekly newspapers until their readers’ interest in farming waned in the early 1970s.

At first, he covered all sectors of the farming industry, travelling throughout the UK and to many mainland Europe countries.

But for the final 20 years or so, he concentrated on writing solely about arable and fruit crop production, while capitalising on his expertise and writing ability to provide a press publicity service for numerous companies, including international agrochemical manufacturers.

Brian semi-retired in 1999, concentrating on articles about horticultural production, mainly fruit, before finally putting down his pen in 2013.

The Guild sends condolences to his daughter Lisa and to his wider family.