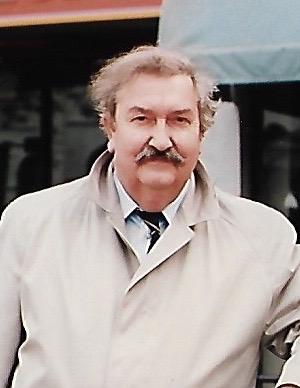 Former Guild chairman and senior Fellow of the Guild, George Thomson, has died aged 88 after a long and illustrious career in agricultural journalism, notably on Farmers Guardian.

George served on the Guild management council and was chairman in 1979, after which his service was recognised as a fellow of the Guild.

He also received the Guild’s prestigious Netherthorpe Communicator of the Year Award in 1993 in recognition of his outstanding contribution to agricultural journalism.

His training began in 1946 when he was just 15 years old at the London office of The Scotsman, where he covered industry, politics, agriculture and theatre.

In 1965 he was appointed deputy press officer at the NFU in London and in 1969 he joined United Newspapers, publisher of Farmers Guardian, as a farming correspondent.

He wrote news and features for Farmers Guardian and other regional titles before becoming the London News Editor in 1983.

Former colleagues will remember his cheery disposition. One described him as “a true professional, which he disguised under a friendly and twinkly exterior.”