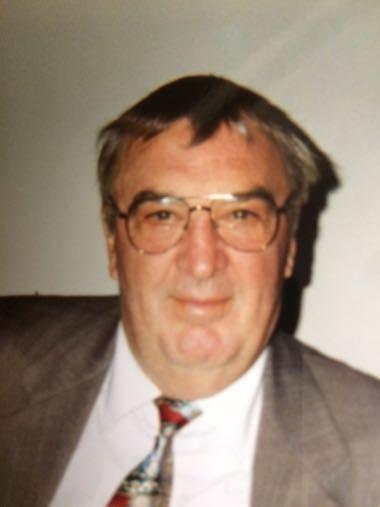 He is arguably best-known for his life-long interest in goats and the Bucks Goat Centre he established at Stoke Mandeville in the county.

Former Farmers Weekly livestock editor and Guild member Harry Hope recalls his laconic, dry humour – and for once butchering one of his goats at the Farmers Weekly offices.

“Mike would bring home-made wine to the Royal Show for us, he was a good cricket player in occasional Farmers Weekly matches, and I was envious that he could grow a bushy beard in just a fortnight,” says Harry.

“He was also a good writer, which helped me out a great deal, and good company.

Mike Gaisford was born into agriculture as the son of a Wiltshire dairy farmer, earned an agricultural degree at the University of Reading, and then worked on a poultry farm in Warminster.

His son Paul tells us he moved to Buckinghamshire in the mid-1960s to work at the pig and poultry demonstration unit run by farm feeds manufacturer BOCM.

He bought the 'egg round' to deliver eggs door-to-door in the Vale of Aylesbury from an unreliable small white van, and purchased the land when the BOCM unit closed in 1980 to farm it commercially.

Harry Hope recalls that Mike let the well-preserved buildings for retail units, selling a range of goods including sports equipment and motor bikes.

Being a sharp entrepreneur, Mike also sold waste vegetables from the greengrocery to Goat Centre visitors to feed to his goats.

“He was a pioneering importer of Boer goats but another venture didn’t go so well; he once attempted to branch out into wild boar husbandry and arranged to import a boar from Denmark.

“But it escaped from its crate in Copenhagen docks and probably ended up on the dinner tables of the port police. That project came to naught.”

Daughter Ruth told the Bucks Herald: "My dad established the Bucks Goat Centre because he had a keen interest in goats which he wanted to share with the community.

"He had opened up his farm at times during the 1980s but the goat centre was different – it was more of a tourist attraction but I don't think he envisaged it being as popular as it is today."

Mike joined Farmers Weekly in 1968, working alongside Harry Hope for almost 30 years until he retired from the magazine in 1995 to concentrate on his goats.

Former FW editor and Guild member Stephen Howe describes him as one of the magazine’s most recognisable editorial characters of the 1980s and 90s.

“His often casual demeanour and remote expression were sometimes misunderstood and over-shadowed his sanguine personality and generosity,” says Stephen.

“Mike was an accomplished, if occasionally rather laid back, technical livestock reporter, who could turn his hand to any aspect of the livestock sector but preferred to write about goats and poultry."

He was first to admit his interest and passion focussed mainly on all areas of goat husbandry, which served the magazine well at a time of growing interest in the species for milk and meat production.

This led to the infamous butchering incident at the Wallington offices; a complaint to management about the resulting mess resulted in all future orders being prepared back at the farm.

“It was Mike’s practical experience, support for his fellow journalists and subtle sense of humour that endeared him to many of his colleagues,” says Stephen.

“Not only those at Farmers Weekly, but also his contacts, which were industry wide.

“He is sadly missed.”

Former Farmers Weekly machinery editor Graham Fuller writes: “Sad to hear that Mike has died, remembering him as a true professional when working with him at Farmers Weekly.

“As I recall, he was something of a roving reporter able to cover a wide range of topics. With the newsroom set out to reflect the paper’s individual disciplines, an extra chair in the machinery department saw him sitting with us.

“His quiet demeanour and strong work ethic impressed in the lead up to meeting deadlines, often appearing with pristine copy at ‘five-to-midnight’ to everyone’s relief.

“My sympathies to his family.”