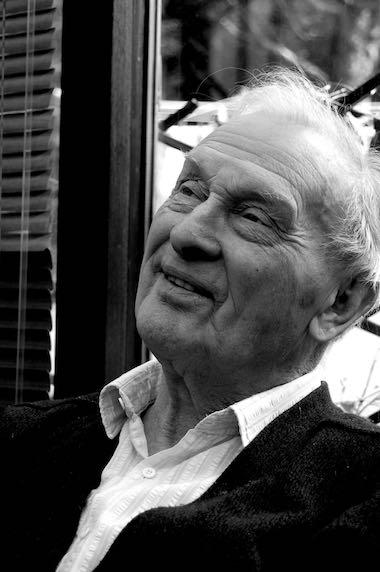 Retired editor and writer Richard (Dick) Lee died towards the end of September 2019 at the age of 89 after a career in journalism dedicated to the agricultural machinery distribution industry.

Dick began life in Northamptonshire and then to southern India in his twenties when he secured his first job with the Co-Op as a tea planter.

It was here he met his future wife Avis, who survives him along with their daughter Wendy and sons Jeremy, Rodney and Tim.

Upon the death of his parents, Dick moved back to England, bought a small farm in Devon and persuaded Avis to join him, where they married and started a family.

But as the farm was not profitable a change of career beckoned and the family moved to Essex where Dick became an RSPCA Inspector, reflecting an interest in animals, their well-being and behaviour.

Dick’s interest in journalism developed at this time and he subsequently joined the publishing organisation IPC as a staff journalist on the monthly Agricultural Machinery Journal (AMJ) under its editor Tony Halse and alongside former Guild member Graham Fuller, who lives in Australia.

Guild member Jonathan Theobald, who now specialises in film-making for the agricultural sector, recalls being given his first writing job on AMJ.

“Dick was endlessly patient with two rookie journalists, former Guild member the late Richard Tansley and me, and the few years I worked on AMJ were great fun because Dick always enjoyed a good laugh.

“He also worked hard and had high journalistic standards, and insisted we always checked facts and didn’t skip on research.

“One slightly odd suggestion he gave me was that if I was speaking to someone who was being indiscreet with a good story, I was not to make notes in case it put them off.

“His suggestion was to jot things down on a pad hidden in my pocket – I was never quite sure how that was supposed to work.”

Dick worked on AMJ for 12 years in all, and had been editor for seven years when his employment was terminated with IPC, on “trivial grounds”, as he put it.

His subsequent Tribunal Appeal resulted in substantial compensation that gave him the opportunity to set up Tractor Trader magazine for UK machinery and equipment dealers – as a rival to AMJ which later closed – and was published for some 25 years, alongside OEM Newsletter for manufacturers.

“We forgave his tendency to take a nap during over-long press presentations and his advertising sales pitch to executives over lunch or dinner because of his ability to tell a good story,” says Peter.

“He was a great raconteur, with stories punctuated by an infectious laugh that seemed to build up inside like a pressure vessel before exploding with great energy when Dick couldn’t hold it in any longer.

“He was also very well informed about the ins and outs of the machinery manufacturing and distribution industries and how it all worked commercially, and he could be pretty tenacious in his questioning of industry leaders and executives.”

With the eventual closure of Tractor & Farm Machinery Trader and Dick’s retirement from writing, he had the opportunity to join a number of overseas missions organised by AEA, the agricultural machinery manufacturers’ organisation.

This explored the theory that migrational instincts are in-bred in all types of animals, including birds, fish and mammals, as well as certain insects and amphibians.

During this time, he travelled to the Galapagos Islands with the BBC’s John Craven and to Peru with John and Angie Scott of the Big Cat programmes.

Of his career as a journalist, Jonathan Theobald sums up: “Dick loved writing and on several occasions held up a pen and said ‘I’ll never be out of work; so long as I can hold a pen, I’ll be able to earn an income’.

“I’ll always be grateful to him for the help he gave me, and for his enthusiasm for publishing.”