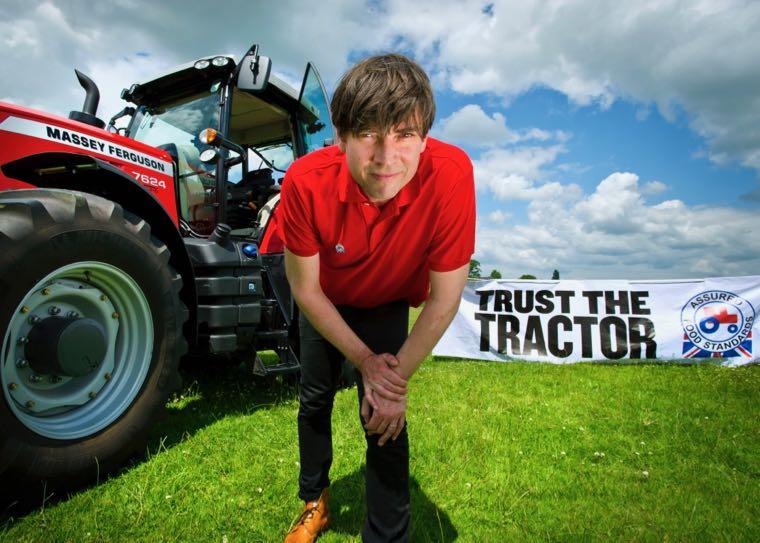 Guild members can take some simple steps to improve their chances of winning the £1,000 Red Tractor Public Engagement Award – which celebrates farmers who go above and beyond the call of duty to tell the story of UK food production.

Public engagement comes in many guises. It can include working with schools or hosting on-farm events for local people. And with huge digital audiences, campaigns can also include setting up websites or harnessing other online media.

The farmers behind these initiatives are those that Red Tractor Assurance celebrates by sponsoring the Guild's Red Tractor Public Engagement Award.

A relatively new accolade, the award is in its fourth year in 2019. Full details of how to enter are available by clicking here.

Few can deny that UK farming is going to need strong UK consumer support as we move into an unpredictable market with an increased likelihood of more, cheaper, imported food as the UK leaves the European Union.

“Moving forward we want the Red Tractor logo to be the flagship for British food and farming – it has to be a symbol that resonates with consumers as a sign of good standards of production,” says chief executive Jim Moseley.

“Clearly we have a huge role to play in communicating that message, but there are tens of thousands of farms who can do their bit. Through this award, we really want to highlight and support the great work that is already going on.”

Top tips for a top entry

Here are a few top tips from Red Tractor on how you can write a potential award-winner, or select a piece you have already written to enter.

Finally, feel free to get your entry in early. Don’t wait until 20 September 2019 (deadline day) to enter your article. Entries are open all year round so you don’t have to remember what you wrote all those months ago.