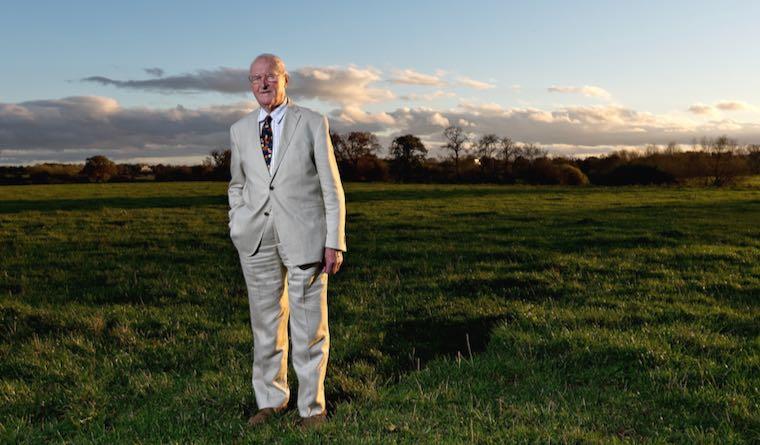 The Guild is saddened to learn of the passing away of former Guild president Lord Henry Plumb of Coleshill.

Lord Plumb served as president of the British Guild of Agricultural Journalists from 1998-2000.

"Henry Plumb was a remarkable man and supporter of UK farming. He was also a great supporter of agricultural journalism.

"He knew good communication was key to sharing good ideas – spreading knowledge and helping to improve our industry.

"He will be truly missed."

Former Guild chair Jane Craigie said: "Such sad news, what an incredible man Henry was – and a friend to so many of us.

"A true believer in the power of people, leadership and the industry being honest with itself about what’s good and what needs changing.

"Rest in peace Henry. You’ll be greatly missed by many."

Guild member Milly Fyfe – a former chairman of the National Federation of Young Farmers Clubs – said: "Henry was a true friend to me, especially during my year as NFYFC chairman.

"He was a great supporter of the next generation and I'm so pleased I got to share a few moments with him before the annual Henry Plumb Lecture in London last November.

"He was remarkable at remembering your name and where he had met you, even in his later years."

Farmers Guardian head of news Abi Kay said: "This is so unbelievably sad. I interviewed him once about his recollections of joining the EEC – he was sharp as a tack with a memory for all the details.

"I particularly enjoyed his tales about being recognised on the tube when he was NFU president. I Left his house with three books as well. He was so generous with his time and knowledge."

Guild member Angus Chalmers said: Such sad news. Good Friday will now always trigger an image of Henry, holding forth with a story and perfect memory of every detail, all with that twinkle in his eye.

"He has left an enormous legacy, particularly to all those who had the privilege of meeting him."

Guild member Sarah Peacocke said: "I have so many warm memories, he always had time for us 'hacks' a true gentleman who was passionate about supporting farmers throughout his life."

Guild member Ian Damms said: "He was my farming hero. Early in my career he seemed to be wherever I went. He cropped up at every show I went to in the UK.

"His energy seemed boundless. Even in his 80s he was hard to keep up with.

"When you had a conversation with him he had the wonderful ability to make you feel like you were the only person in the room.

"He had no aires and graces the just seemed to treat everybody the same. His description of when to plant a spring crop is one we will all remember.

"As a 12 year old boy, he related to a group of us at the Institute of Farm Management, he was told the trick was to drop your trousers and sit on the seedbed.

"If it was warm on your bum it was time to get the drill out. He will be sadly missed."