Visit Belgium’s No.1 agri-event – and represent your Guild 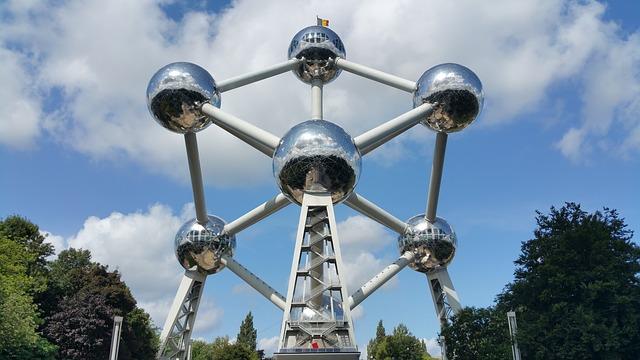 An opportunity to experience Agribex – Belgium’s premier agricultural trade show – is open to a British Guild member who would like to travel to Brussels in December.

The biennial event, held 3-8 December at Brussels Expo– home to the legendary Heysel Stadium and the famous Atomium – will host this year’s European Network of Agricultural Journalists’ AGM.

Open to two delegates from each ENAJ member country, the AGM programme features free entry to the Agribex event, including a tour of the show and key exhibits, and a farm tour available only to ENAJ members.

“There’s always interest for a journalist in visiting an overseas agricultural show,” says Adrian Bell, one of nine members of ENAJ’s management committee, and the other British delegate.

“Every country has a different take on agriculture, and attendance at a show is one of the best ways to experience that.

“This year’s AGM is particularly important for the British Guild, as we have to discuss BGAJ’s continuing involvement in ENAJ after Brexit.

“The original charter did not foresee departure from the EU of a member state and therefore no post-Brexit membership category exists.

“I’m intending to propose a change to the charter, calling for a new category that will allow the British Guild to remain active in both ENAJ management and member participation.”

Adrian was one of ENAJ’s founding members in 2011, and the British Guild’s involvement is member-wide, with Britons regularly taking up places on ‘low-budget press trips’ organised by other member guilds.

In June, around 20 ENAJ and IFAJ members visited Scotland’s Highlands and Islands, on a BGAJ low-budget trip organised by Eilidh MacPherson, editor of Farming Scotland.

Delegates arrive during the morning, to enjoy a press lunch at 12pm followed by the show tour. Dinner and networking follows the AGM.

On Friday morning, delegates can choose between the farm tour (details to be confirmed, but likely to be dairy) or further time at the show. The programme ends with lunch on Friday.

ENAJ will cover delegates’ accommodation costs but travel to and from Brussels is the responsibility of the delegate. Brussels is easy to reach, either by Eurostar from London or several London and regional airports.