Entries for the Guild's 2014 Yara Agricultural Journalism Awards presented by managing director Benoit Lamaison, were judged as usual by practising farmers and industry specialists invited by Guild member Rosie Carne of Yara UK, as well as the previous years’ winners in each category. 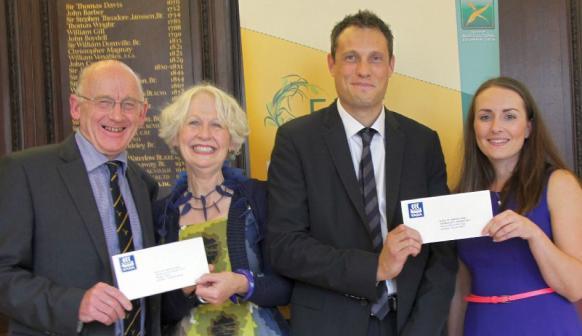 They said: “Sarah tackled a complicated and revolutionary topic and distilled it down into practical information for farmers.” 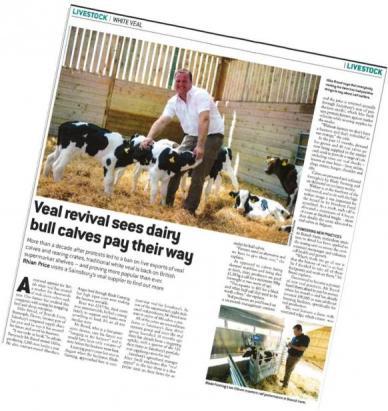 But they chose Farmers Weekly's Rhian Price, runner-up in 2013, as the winner for her article describing the way a revival in veal consumption is seeing dairy bull calves pay their way.

Management of dairy bull calves is a hugely relevant topic for all dairy producers, said the judges, who acknowledged that Rhian had created a well-balanced article providing practical take-home messages that also encouraged new thinking around such a hot issue.

“Rhian handled the topic very well, drawing in comments right through the supply chain and showing how changing consumer perception is opening the market for British dairy producers looking for an outlet for their dairy bull calves,” they said. “The article created a very good reader experience with good use of boxes, videos and opinion.”

The judges for the Arable prize said there were several well-written articles in this category but the two that made the judges’ shortlist offered clarity combined with topicality for the readership concerned.

The runner-up was Adrian Bell who wrote an article for Crops magazine on biopesticides and their potential. He highlighted the industry’s standpoint and explained succinctly the pros and cons of this alternative approach to traditional chemical crop protection. 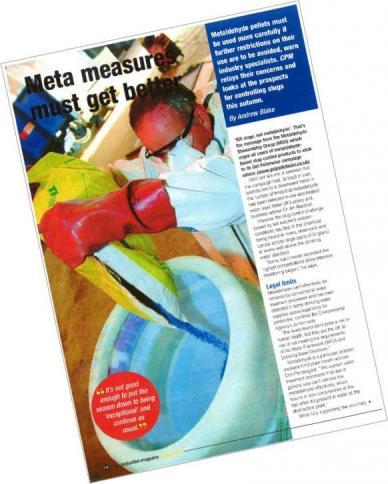 However, the winner - freelance Andrew Blake - tackled a 'dry' subject with verve and in an engaging style that secured the judges’ interest.

“We’ve all read numerous articles in the farming press about the need to embrace metaldehyde stewardship when controlling slugs, but Andrew took the ‘Get Pelletwise’ campaign to a new level in his article published in CPM magazine, said the judges. “The message to farmers was very clear – ignore this advice at your peril.”

One of the judges added: “Andrew presented the views of people from many different sectors of the industry to press home an important message. I have read articles before and since on this somewhat dull subject, but this one made me sit up and think.”

Another judge said: “It is often a struggle to read long sections of text but Andrew’s writing is grammatically faultless and simply put. The depth of his research came through, particularly in the advice panel. Any repetition there was of that advice, just served to strengthen the message.”

The judges for the Environment category said the top three entries were extraordinarily close, with news and business editor Ben Briggs being placed third for his investigation in Farmers Guardian into the challenges faced by Scotland’s upland farmers.

It was a hugely readable and informative piece of work, said the judges, with the use of a roundtable discussion group adding an interesting element to what was otherwise a well-crafted and fascinating feature.

Another Farmers Guardian article, this one addressing the problem of livestock worrying by dogs, that took the runner-up spot. 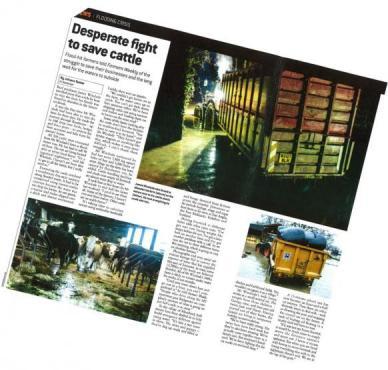 “News reporter Olivia Midgley tackled an issue that really matters to readers,” said the judges. “She got under the skin of the problem, did huge amounts of research, and conceived a strong campaign that could make a real difference to farmers. This is powerful journalism, delivered in a skilful way.”

The winner of the Environment category, senior news reporter on Farmers Weekly, Johann Tasker (below), took the prize for his article on the farming community's response to the Somerset floods.

The judges said it was an extremely thoughtful and sensitive response to the plight in which flood-hit farmers across the country found themselves. It communicated key facts and information, featured lots of farmers and gave practical help and advice. 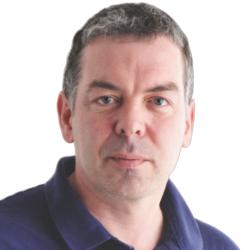 “Blending a traditional journalistic approach with modern techniques, he created emotive, hard-hitting written material, which was superbly supported with video and Twitter content,” they added.