An article on the use of a wood-fuelled burner providing heat for drying grain was the 2014 winner in the Guild's IAgrE 'Engineering in Agriculture' journalism award.

Written by Emma Penny for Arable Farming, the article covered technical issues and the economics of grain drying using renewables technology through an on-farm interview with a pioneer of this approach. 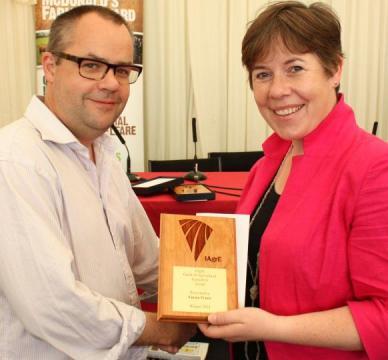 As one judge noted: “The text sets out everything well, covering problems encountered and solutions found; it also reflects the contribution of engineering solutions to exploiting renewable energy.

The runner-up, David Cousins, took the prize for a Famers Weekly article describing a day in the life of a worker on a tractor assembly line. 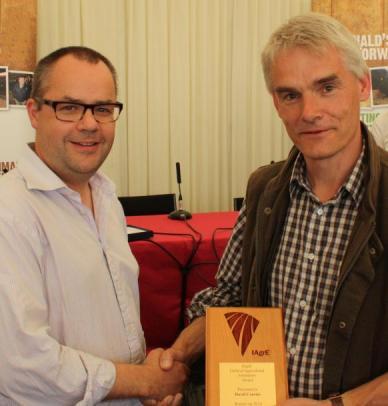 “This well-constructed story involved good research and history, and provided interesting quotes from long-time workers, as well as useful facts,” said the judges. “It was also an easy and very entertaining read that gives a flavour of the atmosphere on the production line while describing a process that could have come across in rather worthy but dull fashion.”

The winners received their cash prizes and commemorative plaques from fellow Guild member Andy Newbold in his capacity as immediate past president of the Institution of Agricultural Engineers.