A high standard of entries were received for this year's Yara Agricultural Journalism Awards, judged by farmers and industry specialists invited by Guild member Rosie Carne of Yara UK, as well as the previous years’ winners in each category. 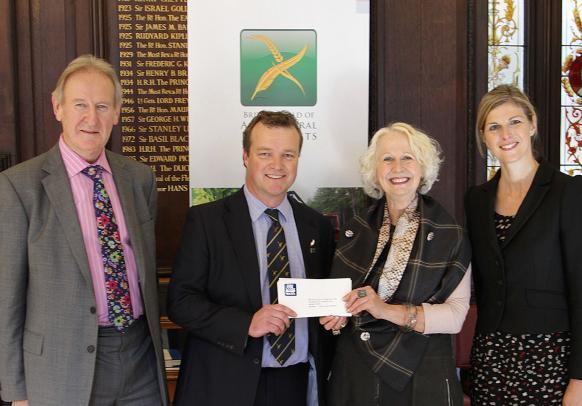 The winner of the 2015 Yara Arable Award was Tom Allen-Stevens for his article called “Get ready for BPS” for Crop Production Magazine. He is pictured receiving his prize from Rosie Carne with Guild President Lord Curry and Guild deputy chairman Catherine Linch.

Tom's article was published in February 2015 when the Rural Payments Agency still hoped that the new Basic Payment Scheme would be administered on-line.

Judges for the award were Andrew Blake for the Guild, Lincolnshire farmer Christopher Day and NFU arable advisor Guy Gagen, who said Tom's article helped prepare readers for the intended new way of working, and the inevitable hiccups given the background of the RPA’s record in running the Single Farm Payment scheme.

They added that Tom examined a complex subject which would have a direct impact on readers’ businesses, bringing humour to his article with clever opening paragraphs and dividing it into digestible sections, including one on his own experience of the proposed new system.

The judges particularly liked runner-up Adam Clarke’s description for Farmers Weekly of how a Kent grower is using a no-till system to future-proof his business. 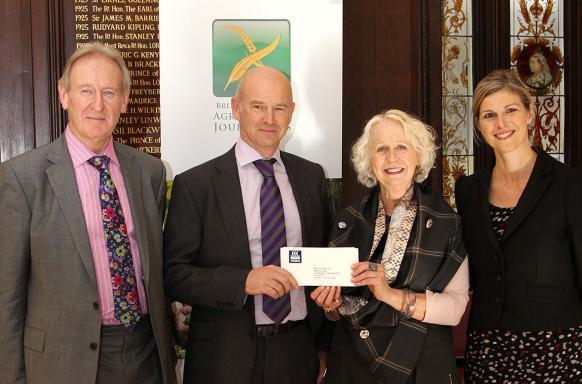 The winner of the 2015 Yara Grassland/Livestock Award was Phil Clarke of Poultry World for his article "How to get a top efficiency score from your broilers".

Judges for the award were Rhian Price for the Guild, Gloucestershire farmer Martin Parkinson and Andersons consultant Graham Redman.

He clearly explained what the Ross 400 club was and the layout of the article made it easy to digest, with good use of boxes and take home messages.

The runner up was Rachel Porter, who wrote an article on how to reduce your herd’s TB ‘risk’. 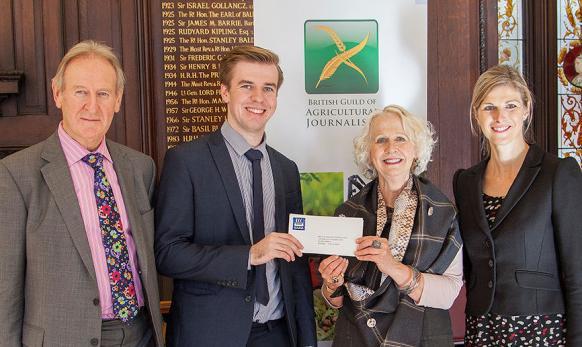 The winner of the 2015 Yara Environment Award was Joel Durkin for his article in Farmers Guardian called “Volatility: What it means for UK arable markets.”

Judges said Joel's series of articles examining the impact of volatility on farm prices were well-presented and clearly written, which helped to explain what is a murky subject very well.

The format using boxes and coloured areas helped readers to focus on key points of the subject, and there was good coverage of the different arable, livestock and dairy sectors, supported by individual farmer case studies and historical pricing data.

The runner-up was Jez Fredenberg of Farmers Weekly for her article "Weather the Change".

Judges said Jez's article which examined our increasingly unpredictable climate and asked whether UK agriculture is prepared for the road ahead. They said it was a tricky subject to tackle but Jez presented good information well as she examined possible future scenarios.

There was a good visual use of photos and fact boxes which pulled readers into the article.

Overall this was a most enjoyable read, relevant to enterprises of all types and sizes – with good authoritative sources – although it would have benefited from some farmer case studies.