Both of the articles that emerged as winner and runner-up for the 2016 award described high technology solutions, one poised to have a significant role in agriculture and one already in widespread and growing use.

The winners received their prizes and award trophies from Alistair Taylor, chief executive of IAgrE, the Institution of Agricultural Engineers, whose award celebrates articles and broadcasts that highlight the role of engineering in agriculture and other land-based industries. 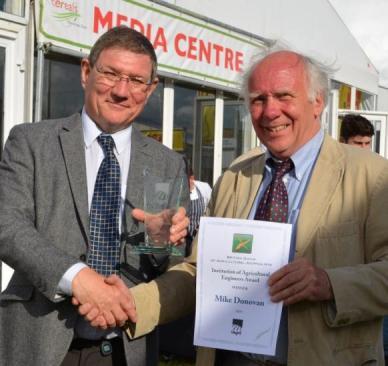 The winning article by Mike Donovan (right in picture), describes a driverless, cabless, diesel-electric tractor that is the first dedicated autonomous agricultural vehicle to become available commercially. It is manufactured and sold in the United States.

Published in Mike's Practical Farm Ideas magazine, the article describes the development of the system.

The judges commented: "Mike's article brings to the readers attention what could become a very real alternative to the complex and costly tractor systems currently available, you made a tidy job of describing what the systems are all about and the advantages they could offer." 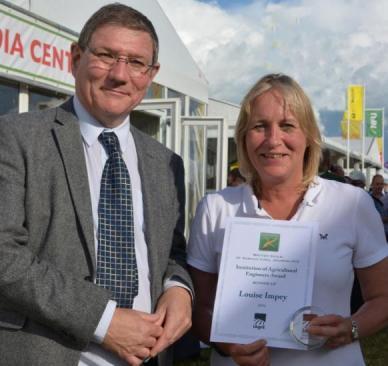 Freelance Louise Impey received the runner-up prize for her in-depth article on precision farming and how it is being used to good effect on UK farms. It was published in Crops magazine. 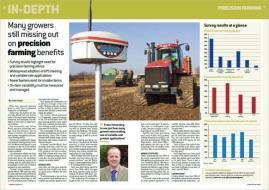