Winners unveiled for 2009 Perkins Power on the Farm Award

The exotic surroundings of the Babylon Restaurant at the Roof Gardens in London was the select venue for the Guild's Perkins-sponsored Power on the Farm journalism award presentation.

Stephen Smith, director of sales to agricultural vehicle manufacturers, hosted the event: "Perkins Engines continues to be a proud sponsor of this award, maintaining that important association with an industry with which the company has become synonymous over the years," he said. "The Power on the Farm award is an opportunity to recognise and reward the best in agricultural journalism." 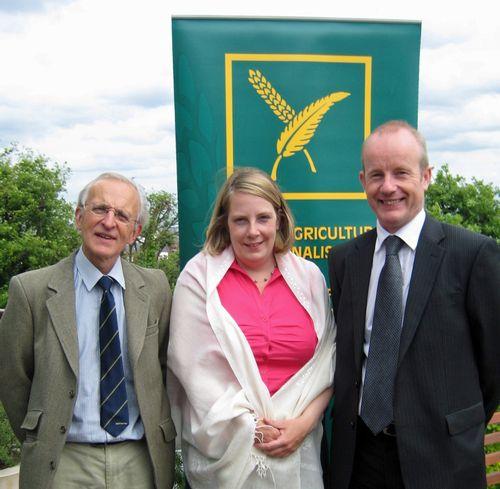 Rachael Porter won the £2000 first prize for her solar power article in Cow Management, while Andrew Pearce was awarded the £1000 runner-up prize for a tractor refurbishment article in Profi International. With them is Stephen Smith, head of agricultural sales, at sponsor Perkins Engines

"According to the judges' notes, there was a clear winner, though the standard of entries was as high as ever,” said Stephen.

In the winning article, Solar so Good, by Rachael Porter, the judges found "the highest levels of relevance and usefulness, despite its relative brevity and lightness of touch in the writing style". 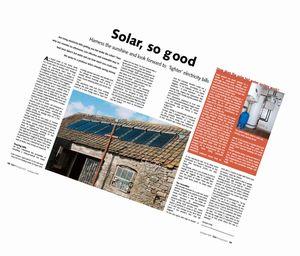 "It was a well researched and easy to read account of how one dairy farmer has significantly reduced his electricity bill through the use of a solar power system to heat the hot water in his dairy," explained Nick Bond on behalf of the judges. "Written at a time of soaring electricity charges and uncertain milk prices, this article, published in Cow Management, was both topical and relevant to its readers, providing a straightforward guide to the savings that could be achieved for a moderate investment.

"In summary, the judges' view was that the article fully upheld the highest standards demanded by Perkins – a worthy winner of their 2009 Power on the Farm award. 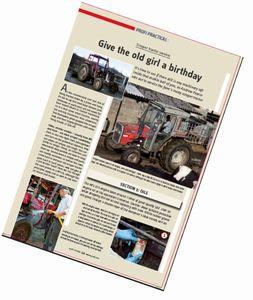 The runner-up article, 'Give the Old Girl a Birthday', set out to tell even the most reluctant service engineer how to look after the venerable scraper tractor, found on all dairy farms.

In the best tradition of the 'how to' genre, Andrew Pearce's article published in Profi International contained lots of well-captioned images, complete with the mandatory grubby finger pointing out the trouble spots.

"This was a well-presented, enjoyable and informative piece of journalism," said the judges. "It is equally valid as a casual read and to retain as a long-term reference document."