Winners unveiled for 2013 Perkins Power on the Farm Award

Guests at the presentation event for the Guild's Power on the Farm award sponsored by Perkins Engines Co were treated to a champagne luxury coach guided tour of the City of London and the surrounding area.

With so many new, spectacular buildings and redevelopments along the River Thames, everyone enjoyed being a tourist for a couple of hours, seeing the sights while hearing a very well informed guide talk about the history of our fascinating capital city.

The route took in Fleet Street and glimpses of St Brides Church, where the Guild's annual harvest service is held; Stationers' Hall, the livery company venue for the harvest lunch; and the Tower of London, where the Guild held its annual meeting in March 2013.

Some debate followed a drive past The Shard on how successfully London mixes classical and modern architecture.

The excellent tour, organised by Claire King of Perkins, was followed by a very enjoyable lunch at the May Fair hotel just off Piccadily and the main business of the day - presentation of the awards. 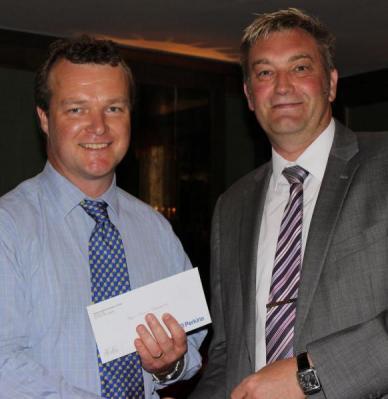 Adrian Talbot (pictured right), a Friend of the Guild, and marketing and communications services manager at Perkins, revealed the contest was a very close run thing, with six entries jostling for top spot reflecting the high standard of articles submitted.

In the end, though, it was a feature in Crop Production Magazine by editor Tom Allen-Stevens on an anaerobic digester project that won the prize. The article describes the Agrivert plant in Oxfordshire that lives off food waste plus wholecrop wheat, grass and forage maize grown solely as feed stock for the electricity generating plant.

The judges - Nigel Baseley, Perkins marketing director; Liz Snaith representing the Guild; and last year's winner Olivia Cooper - considered the piece "well-written and informative, quoting a good mix of experts and covering all the information a reader would want". One said: "I was hooked. A great case study to add to the food versus fuel debate."

The runner-up prize, which emphasised the eligibility of articles reflecting 'power on the farm' in the broadest sense, was awarded to freelance arable writer Louise Impey. 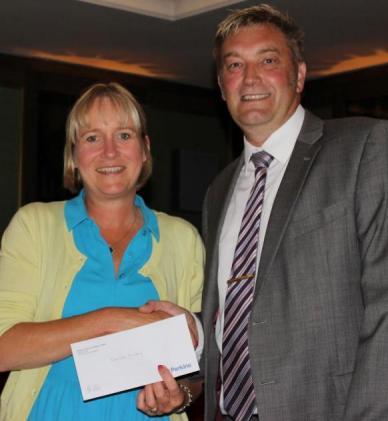 Her Farmers Weekly article comparing new cereal fungicides technology was described by the judges as "a hugely useful review of new-generation products of interest and relevance to all cereal growers". One judge commented: "A very interesting topic which easily engaged the reader." Another said: "a potentially powerful product and certainly power in the marketplace".

After receiving his £2000 winner's cheque, Tom emphasised how much he values the Perkins award in terms of the prestige and credibility it adds to the work of Members of the Guild.

"We very much appreciate the recognition this award represents; it is greatly valued," he said.