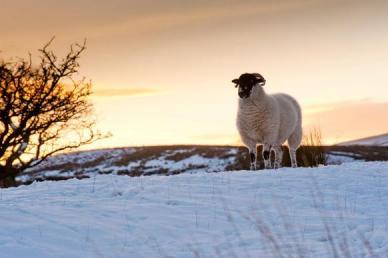 Wishing all Members and Friends of the Guild a Merry Christmas

Entries to the Guild’s NOAH Award for written and broadcast articles (news or features) on animal health and welfare topics can now be made up to the end of January, 2014. “We realised the pre-Christmas rush to meet tight deadlines, especially for staff writers and contributors to weekly publications, leaves little time to get entries in,” says awards secretary Louise Impey. Entries must still have been published or broadcast by the end of 2013. Full details on the website – to make a bid for the £1000 prize fund.

The planned workshop covering interactive online communication channels has been postponed from early December until a new date in 2014. A recent membership survey by CPD project leader Julie Mate emphasised that this is the sort of topic and format that most appeals to Members and Friends of the Guild.

About a third of Members and Friends of the Guild have already transferred their membership from the ‘old’ to the ‘new’ Guild by signing and returning the necessary form. It’s an important formality to complete the incorporation process so Guild secretary Nikki Robertson urges all those outstanding to give this piece of paperwork their attention.

Unsure as to your membership status? Contact Guild secretary Nikki Robertson by email or phone (07584 022909) with queries or for guidance.

After 10 years as an elected Members’ representative on the Guild management Council, Joe Watson, farming editor of the Press & Journal, is stepping down. There will therefore be at least one vacancy to fill at the next annual meeting in March for someone keen to play a part in running and developing the Guild. Contact Guild chairman Jane Craigie to find out more.

Joe is also giving up his post as Guild representative to the International Federation of Agricultural Journalists (IFAJ), a role that has led to friendships with fellow journalists around the World.

Guild honorary treasurer Tim Price will step down from this role at the annual meeting in a little over a years’ time (March 2015), when he will have overseen Guild finances for more than seven years.

As Tim has also taken on the treasurer's job for the Guild's IFAJ Congress 2014 event, some of the routine administration tasks are being handed over to Guild secretary Nikki Robertson to ease his workload. In addition, farm business consultant Simon Haley has been asked by the management Council to take on the new role of deputy treasurer to help Tim as he finalises the 2013 accounts, transfers the paper Direct Debit system to a slicker online arrangement and sets up accounting procedures for the Guild in its new format as a Company limited by Guarantee.

Any suitably experienced (and qualified, preferably) Member of the Guild who might be interested in becoming Honorary Treasurer when Tim steps down should contact Guild chairman Jane Craigie.

With Peter and Wendy Ryder having stepped down after publishing the Guild's Year Book for 31 years, a contract publisher is sought for the 2014/15 edition. The membership listing will be imported from the new online database due to go live soon, so the main tasks will be to attract advertising, co-ordinate content and pre-print preparation and arrange printing and distribution. Initial expressions of interest (or suggestions of contract publishing candidates) to Guild communications officer Peter Hill, please.

Following the thought-provoking speech from Lt Col Hugh Campbell-Smith, commanding officer of the Queen's Own Yeomanry, to Members and Friends at the Harvest Lunch, there have been discussions on how they might return the compliment by helping the regiment with its attempts to increase recruitment from rural communities.

The speech illustrated some of the roles already filled in the Reserve forces by farmers, farm workers and others in rural jobs. It also highlighted how practical, business and people-management skills can be enhanced by serving in the Army Reserve - read the speech here.

To help get the message across, two 'filler' advertisements have been produced that Guild member editors and publishers can use to support the rural recruitment campaign. They emphasise the training, qualification and skills develoment opportunities that come with being a paid member of the Reserve.

Guild stalwart Derek Watson, who died earlier this year, left £500 to the Guild's Charitable Trust. As a Trustee himself - and in his last years a recipient of the Trust's help - Derek was an enthusiastic supporter. Other Members and Friends of the Guild can also make a contribution through legacies to the valued practical and monetary support that the Trust provides.

Vacant positions are mentioned in Guild eAlerts as a service to members but a recruitment advertising service is also available to organisations that wish to put full details about a post in front of the Guild's 500 members involved in journalism and commercial communications. More details about this service are available on the website here.

Current vacancies are now displayed in the eAlerts Archive section of the Guild website under Member Communications.

Update the Guild Year Book with the new job, location and contact details noted here, as well as any new member listings below. Earlier updates can be found in the eAlerts Archive section of the Guild website. Remember to send change of job, address, telephone or email details to Guild secretary Nikki Robertson.

Director of communications Simon Bates has left Dairy UK after 30 years with the organisation and its predecessor bodies.

Food policy and CAP expert Brian Gardner is now operating as GardnerResearch and writing a blog on these topics as well as books. He can be contacted by email: brian.gardner6@btopenworld.com or telephone (01584 318020) or via his website.

Westcountry journalist Peter Hall has retired from his long-held post as farming editor on the Western Morning News. He is still available on the mobile number published in the Year Book.

After working for various PR agencies over the last few years, John Swire is branching out into freelance journalism and PR work. Based centrally in Northampton, John has a wide field of expertise, including agronomy, machinery, sustainability, geographic information systems and biodiversity. His contact details are as follows: Tel: 01604 758 637 Mobile: 07432 596510 Email: Email: john.swire@talktalk.net

Members who would like to invite colleagues and industry contacts to consider joining the Guild can direct them to the Membership Benefits website page here, where a PDF leaflet and an application form can be downloaded. People involved in the agricultural industry who would like to establish or maintain links with the Guild and its Members but do not qualify for membership themselves can become a Friend to receive eAlerts, attend events and be listed in the Year Book.

The Guild is delighted to welcome these new Members:

…..and also the following Friends of the Guild:

This month we say goodbye to PR man Ross Muir, who has stepped down after a very long involvement with the Guild. He is no longer engaged in mainstream agricultural communications, he says, but will be pursuing other interests outwith the rural sector, especially abroad.

Freelance photographer Jim Varney has also stepped down as his workload has shifted away from agriculture.

Contact the Guild secretary, Nikki Robertson, if you wish to:

Apply for Retired Member status to pay the reduced subscription

Notify a change of bank details for the subscription Direct Debit

Notify that you are resigning from the Guild