Applications for the Guild’s John Deere-sponsored training scheme for new entrants to agricultural and horticultural journalism close at the end of this week – Friday, June 3. See News on the Guild website for more details. 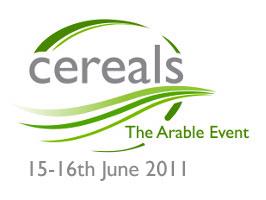 The Guild’s popular Bangers ‘n’ Beer reception on the first day of the Cereals Event (Wednesday, June 15) is on again this year, thanks to the generous support of sponsors.

The excellent sausages (and soft drinks) come courtesy of Bayer CropScience; Limagrain supplies bottled beer and Gleadell will provide strawberries and cream. Thanks also go to Haymarket Events for providing the venue.

Running from 5.00pm to 6.30pm in the Arable Conference Centre (where key topics will be explored during the day in sessions organised by the Oxford Farming Conference), the reception provides a great opportunity to wind down and relax with colleagues and fellow Guild members while the car parks begin to clear. Let’s just hope it is third time lucky with the weather!

Guild members are also invited to start the second day of the event (Thursday, June 16) with a hearty Farmers Club bacon roll and hot drink (just £5 per head) at 8.30am in the same venue. Farmers Club vice-chairman Paul Heygate, managing director of Heygate Mills, and Heygate's chief wheat buyer, George Mason, will speak at this networking event.

Producers of Countryfile, who are also responsible for the BBC’s coverage of other food and farming programming, have expressed a strong interest in good ‘food security’ stories, reports Guild deputy chairman Jane Craigie.

She says: “Through my involvement with the Oxford Farming Conference, I have had been talking to the Countryfile producers, who said BBC executives would run a food security feature a week if they had enough material.

“This seems a great opportunity for Guild members to offer some farming focused leads, commentary and content. In doing so, it would also help build a dialogue with these programmers and show the immense value of journalists and communicators within our sector.”

Contact Jane by email (jane@janecraigie.com) with any strong leads/angles and she will liaise with the BBC production team.

The first meeting for ‘Under 35s’ members of the Guild will be held on Friday, July 1 at 2.30pm to 6pm in the Farmers Club for a professional development workshop on video production and presentation skills. Contact organiser Julie Mate for details.

Ipswich-based journalist Guild member James Lane is working freelance once more. He can be contacted by mobile 07807 153128 or via his jamesharrylane@yahoo.co.uk email address.

Roger Abbott has taken over as editor of Pig International from Mark Clements. His email address for the post is rabbott@watttnet.net but he will continue to edit Energy Now, the renewable energy magazine for farmers and landowners now in its fourth year, for which he can be contacted using his roger@energy-now.co.uk email address.

Guild member, Steve Mitchell and his wife Adrienne, who run the ASM PR agency, have a new home email address (mitchellasm@hotmail.co.uk). They emphasise that work email addresses are unchanged.

Long-standing members of the Guild will be sorry to learn of the death of former Guild Chairman (in 1972), Treasurer and Senior Fellow, W A (Jimmy) James. He was in his 90s and resident in a care home in Wisbech, Cambridgeshire. As agricultural editor of the East Midland Allied Press Group for a number of years in the 1970s and ‘80s, Jimmy – with his bushy moustache and hand-tied bow tie – was a familiar figure at agricultural shows and events. He was a colourful character who will be missed by those who knew him and worked alongside him in what are often referred to as the ‘halcyon days’ of farming journalism.

Vacant positions are mentioned in Guild eAlerts as a service to members but a recruitment advertising service is also available to organisations that wish to put full details about a post in front of the Guild's 440 members involved in journalism and commercial communications. More details about this service are available on the website here.

Guild member Mike Stones says William Reed Business Media has a number of editorial vacancies at its Montpellier offices and in Asia. Namely: Senior Editor, Food Team Europe; and Online editor in Asia. The company also has positions for Interns in the Food Processing & Packaging Team and Food Team Europe.

Farmers Guardian has appointed a new machinery reporter. James Rickard can be contacted by email james.rickard@ubmcom or telephone – 01772 799496.

The international organisation that provides a myriad of professional development and other opportunities to Guild members and their overseas colleagues around the world is conducting a survey to help direct its future role and development.

The Guild’s affiliation to the International Federation of Agricultural Journalists costs €7 per member and entitles the Guild to have a representative at the executive committee meetings held during the year.

All manner of things are covered in the survey. All responses will be reviewed by the Guild’s IFAJ representative Joe Watson to help provide an overall response in time for discussion at the 2011 Congress in Canada.

Registration for any Guild member wishing to attend this event closes on June 15 and the organisers have just published their last newsletter, which focuses on the optional pre- and post-Congress tours that provide additional insight into Canadian agriculture and rural life.