At the last count, the Charitable Trust had built its fund to more than £150,000 earning interest from which payments to Guild members in difficulty can be made.

Important sources of income include:

Past fund-raising events have included a successful Burns Night Supper at The Farmers Club, organised by current chairman of trustees Stephen Howe. 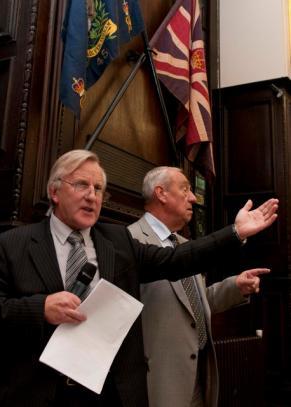 In 2011, former Guild chairman, journalist Ronnie Fraser, left a generous legacy of more than £12,400 to the Charitable Trust capital fund.

The late Derek Watson and others former members have also remembered the Trust in their Wills.

Individual members can help the Trust achieve its £200,000 capital target through any of the above means on an ad hoc basis.

Guild Members can also make a regular contribution through the 200 Club – and have the chance of winning a cash prize.

The 200 Club works through an annual subscription to shares which qualify the holder to participate in cash prize draws held during the year – usually announced at the Guild’s annual general meeting in spring and at the harvest lunch in autumn.

You can subscribe to the 200 Club simply by downloading

Supporters of the 200 Club have won these cash prizes:

Charitable Trust needs your support to help others

A personal message from Guild member Mick Roberts – a Charitable Trust beneficiary. I wonder how many colleagues have heard all about the Guild’s Charitable Trust and filed it away thinking 'thank goodness I won't be needing that'! But for those…

During this period of great uncertainty following the measures put in place to deal with the COVID-19 pandemic, a reminder about the British Guild of Agricultural Journalists’ Charitable Trust. The Trust was created to provide help and financial…

Members and friends at the 2019 Bangers 'n' Beer reception raised £208.27 for the British Guild of Agricultural Journalists Charitable Trust. It came after Guild chaplain Geoff Dodgson – also a trustee of the BGAJ Charitable Trust – took up a…

A 'year of consolidation' for charitable trust

Grants paid out by the BGAJ Charitable Trust to Guild members reduced by 58% during the financial year ending 31 December 2018. Delivering his annual report to the Guild's 2019 AGM, BGAJ trust representative Clive Rainbird said the past year was…

Trustees who look after the Guild's Charitable Trust will meet on Tuesday, 19 March, to consider applications for support and assistance. It will be followed by the 2019 Annual General Meeting of the Trust, which Members and Friends of the Guild…

More than £2000 was raised for the Guild's Charitable Trust by members, friends and guests at the 2018 Harvest Lunch. The trust provides financial assistance and assurance to Guild members, former members and their dependents who find themselves…

Can you fill our chairman's boots for charity?

Members, friends and guests at this year's Harvest Lunch will be asked to help “fill the chairman's boots” to raise money for the Guild's Charitable Trust. The trust provides financial assistance and assurance to members, former members of the…

Fascinated by vintage cars, and bikes? Enjoy the smell and noise of old engines? Would welcome the opportunity to see some old airplanes at the same time? Love to see them race on one of the country’s oldest and picturesque race tracks? Well now…

Charitable Trust - an inside view

Following his election to the Guild’s management Council earlier this year, Clive Rainbird, former marketing communications manager at Bayer CropScience and now a freelance, was asked to become liaison officer to the Guild’s Charitable Trust.… 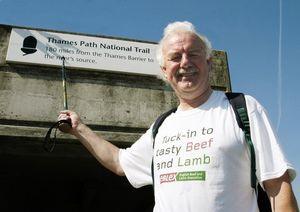