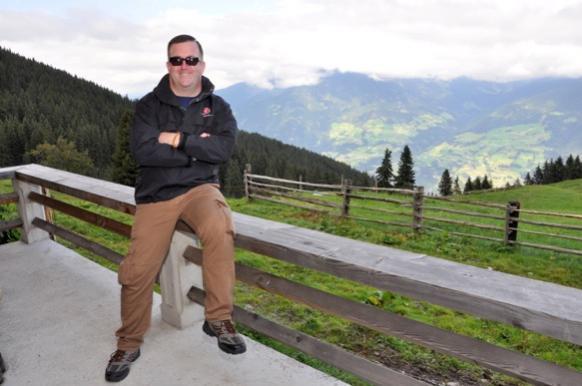 Guild Member Chris McCullough (above) ventured high into the Austrian Alps to report on the specialised production of ‘hay milk’.

The tour was hosted by members of the Austrian Farm Writers Guild together with the European Network of Agricultural Journalists.

Chris, who is a Member of the British and Irish Guilds,  joined 16 fellow journalists from other European Guilds for the three-day trip.

Trips to dairy farms were top of the agenda but the tour also visited Lindner Tractors in Tyrol and some of the best scenery in Austria.

Chris said: “It’s hard to believe that dairy farmers throughout the world are struggling to make a living from herds with hundreds of cows when some Austrian farmers can yield a good living from under 20 animals.

“A number of dairy farmers in different regions of the country are milking cows high up in the Alps producing what is called as hay milk or Heumilch in local language.

“Hay milk is produced without the use of silage or any fermented feed and is higher in Omega 3 and 6 fatty acids. It is not only good for consumers but it also produces better cheeses and chocolate and it attracts bonuses for the small farmers who produce it.

“Producing hay milk is a very traditional method of dairy farming in Austria, as well as in some parts of Switzerland and in France.

“In fact, cows on this system are only fed sun dried hay and some concentrates in the winter time and just luscious meadow grass, clean water and fresh air in the summer grazing time. 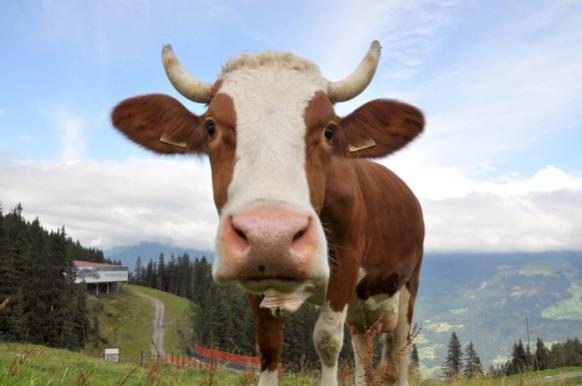 “The feeding of silage is prohibited and is closely monitored by ARGE Heumilch, an organisation set up to co-ordinate the hay milk producers and market their milk.”

Chris added: “This was one of the low budget tours facilitated by ENAJ and was very well organised by our colleagues in the Austrian Guild.

“The group bonded very well and was served what many described as ‘the best beef they have ever eaten’ in a farm restaurant nearing the end of the trip.

“These type of trips give excellent opportunity for journalists to visit other countries and learn of the farming systems there and to report on any similarities or differences between countries.” 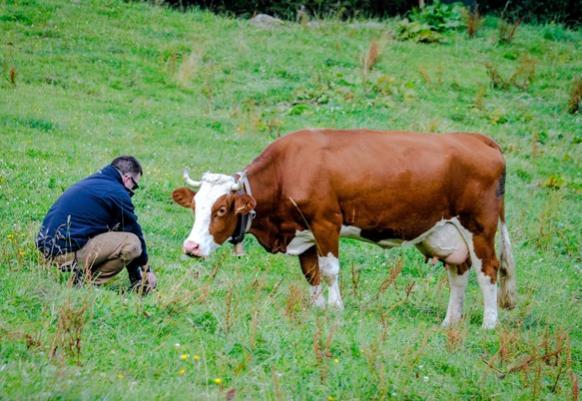