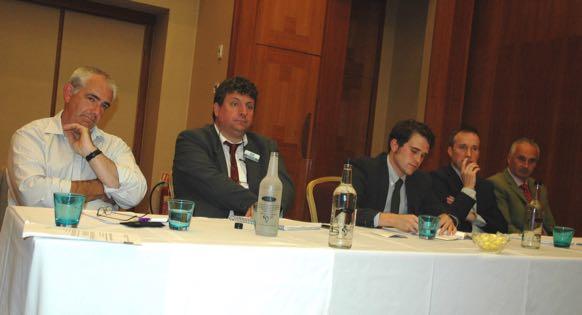 Industry experts at a Guild meeting discussed their role in pressing the government for a fair post-Brexit deal for UK agriculture, writes Sarah Palmer.

Trade, labour, support and environment were four top topics on the panel’s Brexit list – with an agreed need for a clearer understanding and dialogue with the consumer.

And they highlighted the importance of delivery tools and sharing the industry message with European as well as British negotiators.

The importance of market access and continuation of the current spirit of collaboration and engagement with government was also emphasised.

Regulation won’t disappear, but the NFU’s Tom Keen felt that traction was being gained on suggestions for improving future systems.

The industry and government Brexit roundtable groups said collaboration among industry representatives was necessary to get the farming message across to government.

But the most pressing issue for all was highlighting the importance of agriculture to a UK government in any future trade deal.

The Guild's 2020 Harvest Service and Lunch has been cancelled and a new online event will take its place. Details will be released soon on this website and to our social media channels.