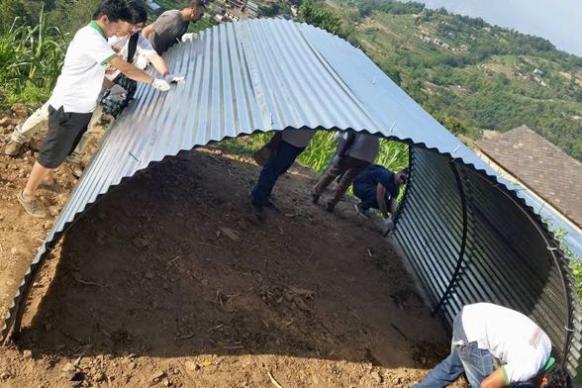 More than £2000 has been raised by a Guild appeal to help farming families who lost their livelihoods in the Nepal earthquake.

Farmers were among the worst hit by the 7.8-magnitude quake, which left more than 5,000 people dead on Saturday (25 April). 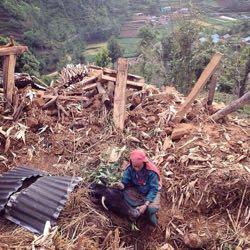 Local residents in remote villages were forced to make temporary shelters after houses were destroyed by the quake.

Our picture (left) shows 72-year-old Sundaya Tamang comforting her cow Lakshmi, who lies buried in her cowshed unable to be rescued.

Sundaya and her family lost three houses to the earthquake.

The appeal by the British Guild aims to raise money and direct it specifically to help the farming community in Nepal.

Some £2,200 has been donated or pledged, and Australian agricultural journalists have also responded, raising A$3,000.

The International Federation of Agricultural Journalists Presidium is also to make a contribution, and the Irish Guild intends to make a donation as well.

Pitamber was a delegate at the International Federation of Agricultural Journalists (IFAJ) 2014 Congress in Aberdeen, last September.

The UN estimates that eight million people in 39 districts have been affected – more than a quarter of the Nepali population.

Farming accounts for more than one-third of Nepal’s economy and involves about 70% of the country's population.