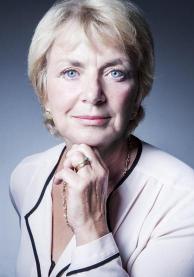 Janice Harland, a long-standing Member of the Guild, passed away in the early hours of February 11 after a short battle against cancer.

Jan was born and grew up in the north-east, near Darlington. After attending Barnard Castle Grammar School, she graduated from Newcastle University with a BSc in Agricultural Biochemistry and Nutrition, and subsequently gained a PhD in the same subjects, focussing on the effective use of fibre in animal diet and methane production.

On leaving university she joined British Sugar, where she initially worked on animal feeds, progressing to Technical Marketing Manager for Trident Feeds, before broadening out to provide technical leadership on human nutrition, as Head of Nutrition. While employed by British Sugar, Jan was seconded to be the Director of The Sugar Bureau, at a time when the role of sugar in the diet was receiving huge media attention, and it was in this period that she developed the skills necessary for dealing effectively with the media.

Throughout her career Jan was active in industry associations in both human and animal nutrition, and she was an enthusiastic member of the British Society of Animal Science from 1990-2008, including acting as Press Officer for the Society for much of this time.

In 1995 she was recognised by BSAS, by the award of the Sir John Hammond Memorial Prize, for her 'outstanding contribution to animal science, in particular [her] contribution to the knowledge and utilisation of fibre by ruminants and pigs, [her] role in driving forward technological advancement in the feed industry, and [her] work in furthering understanding of animal science to the wider audience'.

After seventeen years in various roles with British Sugar, in 1996 Jan joined Dalgety Agriculture as Marketing & Technical Manager before leaving in 1998 to start her own business, HarlandHall Associates, where she was able to provide consultancy on both animal and human nutrition matters.

In more recent years Jan's work was focussed almost exclusively on human nutrition, and she developed a high reputation among food producers for being able to navigate the complexities of European law relating to health claims for food products, through EFSA.

She continued to write and deliver papers on a variety of topics, from the benefits of soy protein to the effects of food ingredients on weight management and obesity. She co-authored two published books on plant-based eating, and also found time to be a part time lecturer at Bath Spa University on accredited nutrition courses. In 2016 she was made a Fellow of the Association for Nutritionists.

Jan's real passion was always to 'make nutrition science work', by taking the science to a wider audience through effective communication.

She leaves behind a loving husband, Simon, and two children, Alex and Louise, who may have been largely oblivious to her expertise in her industry, but will always remember her as an unstoppable force of nature, fiercely supportive and competitive in everything she did.

A memorial service to Janice will be held on March 31 (by invitation) and any donations in her memory should be made to Cancer Research UK, which can be done quickly and easily via this Just Giving page.