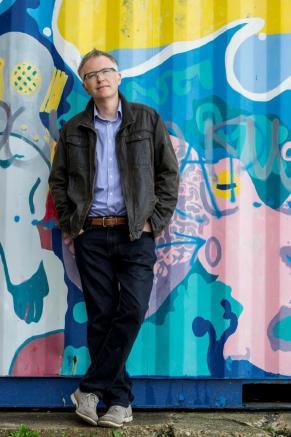 They say there is a good book in all of us – and that is certainly the case as far as Tim Relf, a Member of the Guild, is concerned.

The Farmlife & Community editor on Farmers Weekly enjoys writing fiction as a hobby and has now hit the big time with his novel What She Left, which is now published in paperback.

Written under the pen name T.R. Richmond, What She Left tells the story of a young woman who drowns on a night out with friends. An ageing academic then pieces together her life – and the mystery surrounding her death – through the paper and digital trail she leaves.

The book was snapped up by Penguin and has sold to publishers in 19 countries in a series of heated auctions.

Long-standing Guild member and supporter Tim, who has been at Farmers Weekly for 20 years, wrote the book over a two-year period, working on it for two hours most mornings between 5.30 and 7.30am, before going to the Farmers Weekly head office in Sutton, Surrey.

Tim says: “I love agricultural journalism, but writing fiction has always been my hobby. I like early starts so getting up early was no hardship – although it meant I was usually fast asleep in front of the telly by 9pm!” 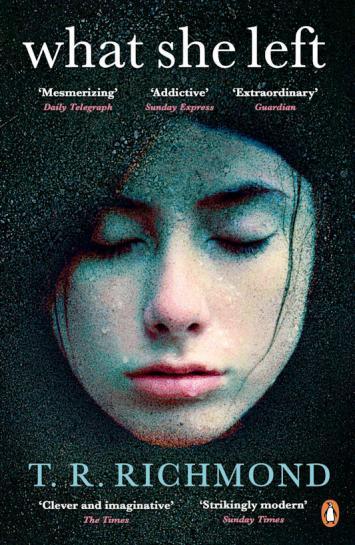 He says the novel gives the suspense genre a contemporary twist through the inclusion of social media content, forum posts, blogs, emails and voicemails. The Times called it “a whodunit for the Twitter age”, The Sunday Express dubbed it “ingeniously original and addictive”, while The Daily Telegraph described the book as “deliciously modern… occupying a territory halfway between literary novel and thriller”.

To coincide with paperback release of What She Left, Penguin has launched a big promotional campaign – including posters around the underground network in London.

“The whole experience has been a huge amount of fun – although it has been slightly surreal at times,” said Tim. “I’ve had lots of ‘pinch-myself’ moments, including when I found myself spending a morning in a studio being interviewed by Richard E Grant! One of the highlights was definitely when I heard that Game of Thrones actors Emilia Clarke and Charles Dance would be starring in the audio version.”

Find What She Left on Amazon. Fans of social media can follow Tim on Twitter in his Farmers Weekly capacity @timrelffw or as an author at @trrichmondbooks.