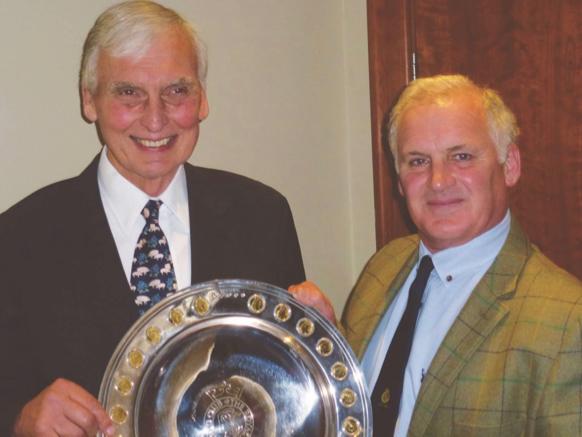 The bicentenary trophy is given to an individual or company who has made a significant contribution to the development of the British meat and livestock industry.

Apart from ten years as founding chief executive of the National Beef Association, Robert's contribution has been through journalism.

Robert said he was especially pleased because he is the first journalist to be awarded the accolade.

He added: "I am pleased my endeavours – and by implication the endeavours of fellow agricultural journalists – have been recognised."

Robert was a staffer on Farmers Guardian through the 1980s and went freelance in 1990, continuing to contribute to FG and also Scottish Farmer, The Scotsman, and a host of other outlets.

He was also adopted by BBC Radio Four’s Farming Today as its livestock correspondent and co-presented On Your Farm.

"I was with the NBA 1998-2008 after which I returned to being a freelance and published my own subscription-only Beef Industry News.

"The quality of the latter was highlighted during the citation."

The trophy was presented by Julian Hopwood – a past chairman of the Royal Smithfield Club (pictured above right with Robert).