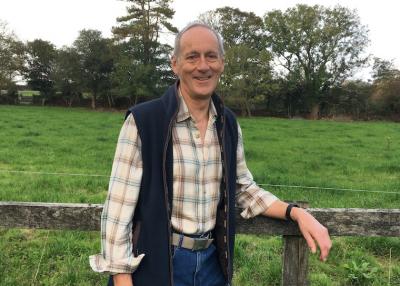 George Chancellor has won the 2021 Netherthorpe Communicator of the Year Award.

George is an extremely well-respected and knowledgeable journalist and PR consultant who many members will have worked with over the years.

He has been described as the ‘unseen communicator’ who has contributed massively to the progression of UK agriculture.

For decades he has worked tirelessly on behalf of his clients putting together stories and initiatives that have real credibility and value.

What’s more, they work – he was the man behind the conservation tillage alliance that brought together Monsanto and Simba in the late 1990s and which transformed the way the majority of arable farmers tilled their soils

He has brought together similar partnerships over the decades since, most recently involved with csfbSMART - a cross-industry initiative to combat cabbage stem flea beetle in oilseed rape.

Central to his success, is using the latest research in a particular field and translating it into practical messages that farmers respond to.

That not only translates good scientific knowledge, but it provides a resource (through his clients) and a good communications channel to get essential R&D info out to farmers.

Members who nominated the winner of this award say his contribution to agricultural communications is an inspiration, with one saying ‘good PR operatives are as rare as hen’s teeth.

George said: “I am truly humbled - as well as totally shocked - that the Guild has seen fit to add me to the list of some of the people I have most admired and enjoyed in my lifetime in agricultural communication. Not least because I moved to the ‘dark side’ so long ago.

“Never having entered an award in my life, I didn’t think I’d ever be able to ‘ride off into the sunset’ as an award-winning journalist. So you’ve made a dedicated wordsmith very happy. “Since coming back to England and joining Dairy Farmer in its Golden Anniversary year (1979) I have been immensely lucky to enjoy the good  friendship and wise counsel of so many colleagues – both present and sadly departed – through so many harvests.

“I have learned so much from them and hope I’ve been able to share a small amount of it with the many others I’ve had the pleasure of working with over the years in this wonderful industry of ours.  After all, as communicators, we must always recognise that our primary expertise lies in other people’s knowledge.

“Throughout my time at the keyboard, I have always been amazed by how much ‘informed opinion’ everyone in this country seems to have about farming – no matter how limited their actual understanding.

“As this yawning knowledge gap becomes ever more brutally apparent in what passes for agricultural policy today, I can only hope our continuing efforts to spread the ‘best-informed word’ give some help and support to those at the coal-face struggling to deal with more ‘unknown unknowns’ than ever before.”