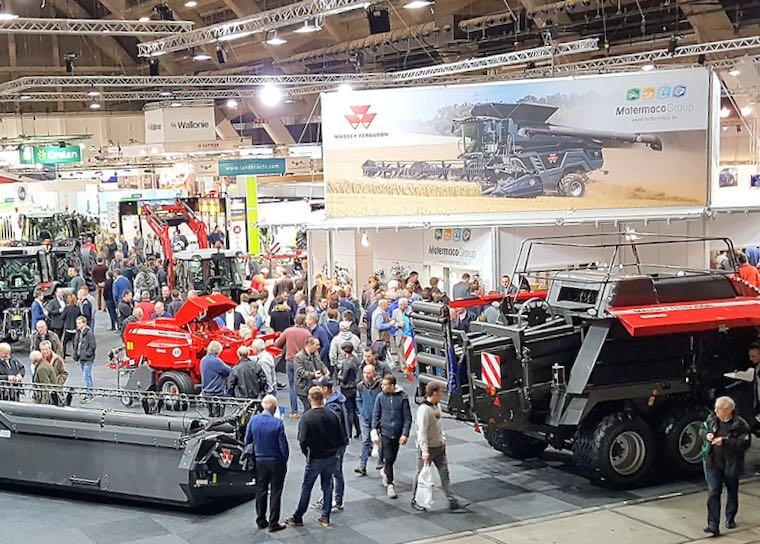 The AgriBex Show in Belgium was a great venue for the European Network of Agricultural Journalists (ENAJ) AGM, writes Chris McCullough, who attended as UK delegate.

AgriBex is Belgium’s largest indoor agricultural fair and attracted around 100,000 visitors and 340 trade exhibitors during the six-day long event in early December.

Held at the Brussels Expo, the show takes place every two years. It is the hub to show the latest machinery to farmers from Belgium and surrounding countries France and the Netherlands.

Some 60,000 square metres of exhibition space were packed with machinery, some of which had made the trip up from the Agritechnica Show in Germany just a few weeks ago.

Although the German show had trumped AgriBex being the first to reveal most new innovations, there were still a number of memorable machines on the stands in Belgium.

AgriBex also incorporates the Brussels Livestock Show which hosts all creatures great and small from the farming world.

During the event ENAJ held its AGM where both past and future low budget press trips were discussed.

The UK press trip to Scotland in June 2019, supported by the British Guild, received a number of favourable comments – with one delegate saying it was the best press trip she had ever attended.

In 2020, there are confirmed trips to Croatia in June and Germany in September. Other possibilities, not confirmed, include Belgium, Romania and Northern Ireland.

Other business discussed at the AGM included proposals by the British Guild and the Finnish Guild to alter the ENAJ charter regarding membership.

In effect, these proposals were designed to ensure the British Guild can remain a member of the ENAJ after the UK leaves the European Union.

The Finnish proposal opened this up more citing any country within the Council of Europe should be eligible for ENAJ membership.

A vote was taken during the AGM to further discuss the proposals within member guilds and debate at the next ENAJ AGM or for an EGM to be called in 2020 if required.