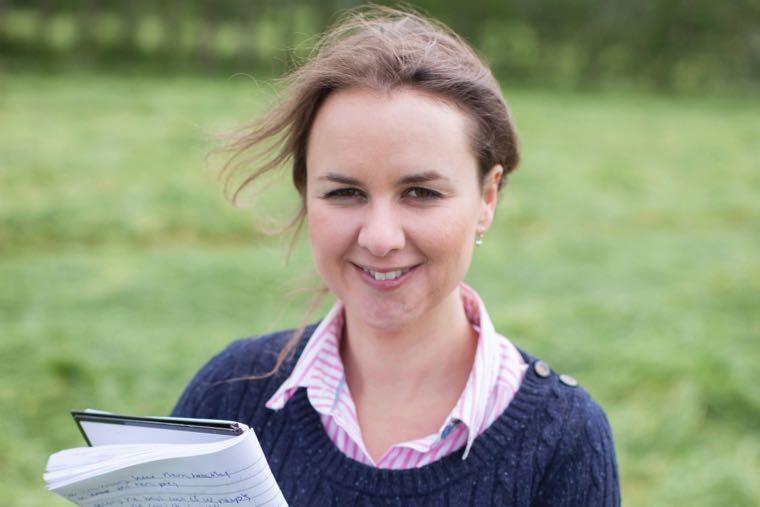 Aly was awarded a £5,000 scholarship in 2017 and chose to use her funding to report on beef farming in Argentina.

She is currently travelling the country and reporting her findings via @AlyBalsom on Twitter and on her blog at www.alybalsom.com.

Aly explains that her decision to focus her attentions on Argentina is linked to the increasing relevance of Argentinian beef farming to the UK.

“The EU has been negotiating with the Mercosur trade block (Argentina, Brazil, Paraguay and Uruguay) for many years, in an attempt to forge a deal that would give the EU more open access to the block’s car and dairy markets.

“In return, the Mercosur block would get greater access to the EU’s beef markets,” she says.

Current discussions appear to centre around increasing the amount of reduced tariff beef that can be imported into the EU from the Mercosur countries from 70,000t to 99,000t.

“Negotiations have been slow,” says Aly. “However, things appeared to gain speed in February this year when officials met in Brussels.”

UK farmers should understandably be a bit twitchy considering the huge uncertainty around Brexit.

For example, if the UK has to pay tariffs to export beef after leaving Europe, they will be in direct competition with cheap South American imports.

The UK government will also likely forge its own agreement with Mercosur, which could see more South American beef on the domestic market.

Aly adds: “Argentina is obviously just one of the countries in the Mercosur block, however it is a significant one.

“The country was historically a huge powerhouse for beef production. However the Socialist party that governed between 2003-2015 was actively against farming.

“For six months they completely halted beef exports and then put tariffs on exported beef. This meant it was unprofitable for farmers to produce beef and many chose to get out of production all together and move to soya.”

This caused national cattle numbers to shrink by 11 million. But a new centre-right government elected in 2015 is now actively encouraging farming.

Increased confidence has led to growing cattle numbers, while farmers have started to invest in production and technologies.

Beef exports to the EU have also increased under current quotas, which Argentina has failed to meet in recent years.

Aly says: “My travels have highlighted the fact Argentine farmers are actively looking to produce for the EU market and are also investing in technologies to boost production.”

This includes​ improving pasture through fertiliser use, using satellites to monitor grass covers, and soil mapping to make planting decisions and target fertilisers.

“All this means that Argentina is of increasing relevance to the EU and the UK.”

The objectives of the award are as follows:

Expectations are that winners will:

Perkins Engines Co Ltd has supported annual travel scholarships to study and report on farming innovation in Brazil (2016) and China (2017), giving winners the opportunity to gain an excellent understanding of agriculture in the country visited and its wider region.